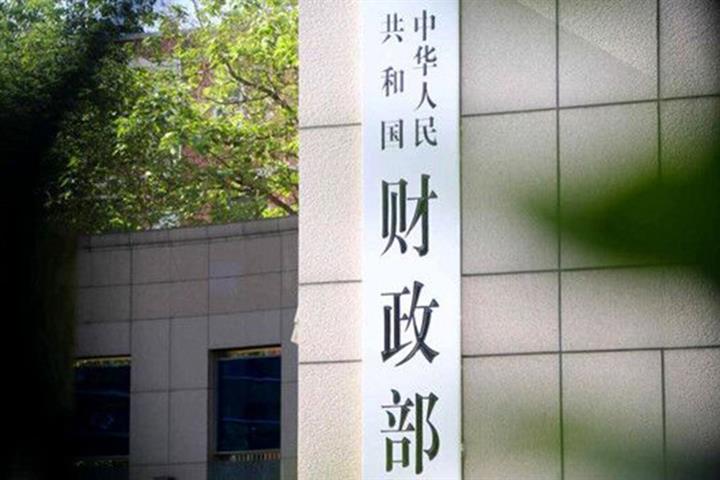 (Yicai Global) May 14 -- China’s finance minister indicated today that the government is likely to raise the ceiling of its deficit-to-gross domestic product ratio at the upcoming annual meetings of the country’s top legislature and political advisory bodies as market speculation of a strong fiscal stimulus to fuel the economy runs rife.

Proactive fiscal policies have a positive effect, Liu Kun said in an article in the People’s Daily, published before the Two Sessions meetings, the country’s premier political events of the year, are held next week.

It is necessary to increase the size of China’s deficit in order to send a positive signal, to narrow the gap between government revenue and expenditure and to stabilize and boost market confidence, he added.

The budget deficit ratio is the ratio of fiscal deficit to GDP over a period of time. Most countries, including China, generally set the upper limit at 3 percent based on the European Union’s Maastricht Treaty.

This year, China’s deficit-to-GDP ratio looks set top 3 percent for the first time, reaching about 3.5 percent, according to market expectations. Last year the target was 2.8 percent.

Fiscal revenue fell 14.3 percent in the first quarter from a year earlier due to Covid-19, a new low since the opening up of China’s economy began in 1978. Both the central and local governments are expecting negative fiscal revenue growth this year, a rare phenomenon but in line with the current economic situation, Liu said.

This year’s tax cuts will amount to CNY1.6 trillion (USD225.4 billion), second only to last year’s reductions, the cabinet said earlier. It is still possible that more tax relief measures will be passed at the Two Sessions, market observers said.

The government is likely to extend preferential policies introduced earlier such as the temporary reduction of social insurance premiums to reduce the pressure on firms and ensure the survival of market entities, Shi Zhengwen, professor at the China University of Political Science and Law, told Yicai Global.

The third aspect of the proactive fiscal policies mentioned by Liu is increased government investment, Shi added. The issuing of special Covid-19 bonds, local government special bonds and other measures will help drive consumption and boost domestic demand, he added.

China is expected to issue at least CNY1 trillion (USD140 billion) worth of special corona bonds. The money raised will be used in investments, Liu said.

Tax and fee cuts should be stepped up to ease operational difficulties for businesses, the minister said. It is important to use interim policies and organizational adjustments to reduce the tax burden on micro, small and medium business, as well as individually owned businesses and those operating in virus-hit sectors.

Policies such as reducing the rate of value-added tax and pension contributions payable by employers should be continued and the period of validity of some of the tax and fee waiver and reduction policies should be extended as necessary, he added.