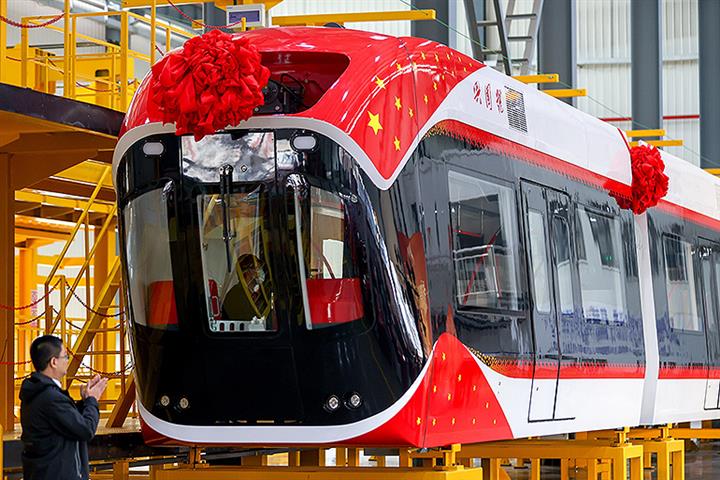 The Xingguo sky train uses magnetic levitation technology to ensure a smooth, quiet ride as these trains ‘float’ on the tracks and have no moving parts. Developed by Jiangxi University of Science and Technology and China Railway Science and Industry Group, the sky train is now at the fine-tuning stage.

China is the third country after Germany and Japan to master sky train technology, the report said, citing Wang Zhongmei, chief technician at China Railway. The suspended monorail structure occupies less land, has a wide field of vision and does not interfere with pedestrians and road traffic. Although it carries around half the number of passengers of a subway train, it costs around one-fifth to build.