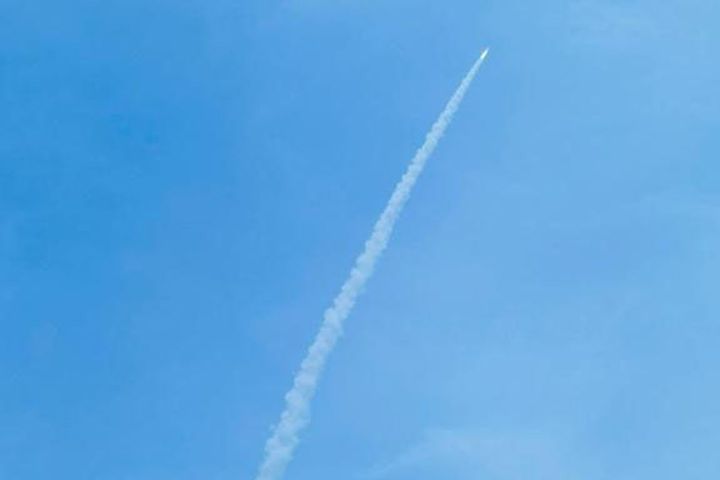 (Yicai Global) June 5 -- China has successfully completed its first marine launch of a space rocket after putting seven satellites into orbit from a CZ-11 WEY carrier that lifted off from a base in the Yellow Sea just after midnight.

The launches were also China's first using wireless takeoff technology, as the typical wired control and monitoring signals could not be used at sea, Science and Technology Daily reported. The satellites hit orbit at about 600 kilometers.

There are significant advantages to launching satellites from sea-based platforms instead of on land, mainly with regard to human safety. For example, engineers have much more breathing room in terms of controlling where rocket boosters fall and the takeoffs occur much further from populated areas. Cost benefits also arise from launching closer to the equator, as less fuel is required.

Seaborne launches will also meet rising demand for low-inclination orbits and allow China to provide related services for Belt and Road countries, according to experts.

With a carrier rocket, maritime launch pad, the correct measurements and control and communication systems, a launch can take place within a week of the rocket leaving port, the report said.