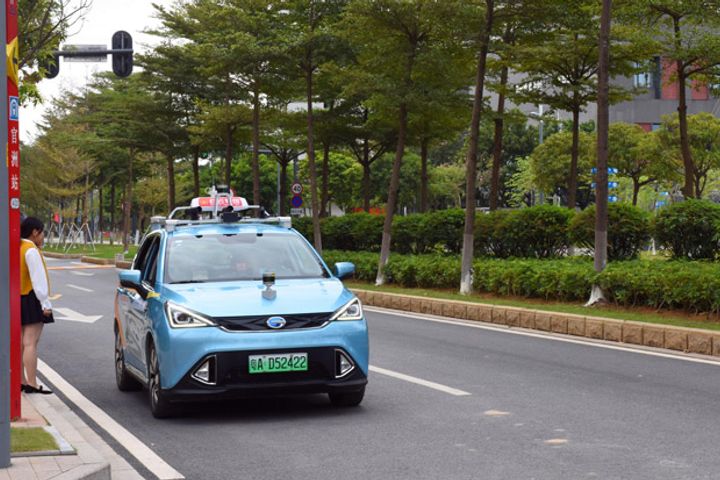 Self-driving emblems emblazon the side of these driverless taxis that passengers can summon using a smartphone app. Fares start at CNY12 (USD1.70) per 3 kilometers.

Each cab has one or two safety supervisors from the operating team, with all said to have received over 200 hours technical training from WeRide.ai to ensure passenger safety.

The radar sensors and cameras transmit surrounding conditions to computers on the taxis, which analyze road conditions in real time and give optimal output commands to control them. The cabs can switch between driver and self-driving mode, so they can also run as ordinary taxis.

The L4 self-driving passenger vehicle jointly developed by Baidu and FAW Group's Hongqi unit was released at the 2018 Baidu World Congress in Beijing yesterday, FAW Group Chairman Xu Liuping announced mass production plan of the vehicle, which is to achieve small batch production next year, and mass production in 2020.

Self-driving will continue to expand its application range, Ping An Securities believes. With the commercialization of technologies such as fifth generation wireless communications technology, the next one to two years are expected to mark the beginning of smart driving's rapid development.