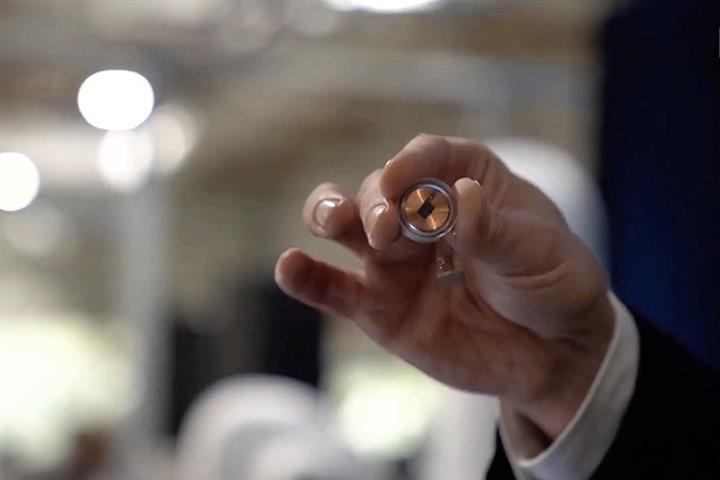 (Yicai Global) April 19 -- China’s first wireless brain-computer interface chip, which allows the transfer of information between chips and nerve cells and is set to cost half the price of foreign versions, was put on show at the recent 8th China International Technology Fair in Shanghai.

The chip, developed by a team at Shanghai’s Fudan University, is the country’s first wireless device, enabling use in freely moving experimental animals, online news outlet The Paper reported on April 16.

The chip, which is expected to reach market in September, outperforms foreign versions on many levels and is likely to cost half as much, the report said, citing research team leader Ye Dawei from Fudan’s Institution of Brain-Inspired Circuits and Systems.

“Our chip weighs almost a tenth of overseas wireless versions at three grams, meaning it can be used in small as well as big mice,” Ye said. The product also uses just three milliwatts of power and has a battery life of between 12 and 24 hours, implying that researchers will not need to frequently replace the batteries during experiments.

It can achieve 24-hour constant recording of full-bandwidth neural signals across 64 channels within a radius of 4 meters, the report said. It also boasts better purity of signal, availability of data transmission and energy acquisition.