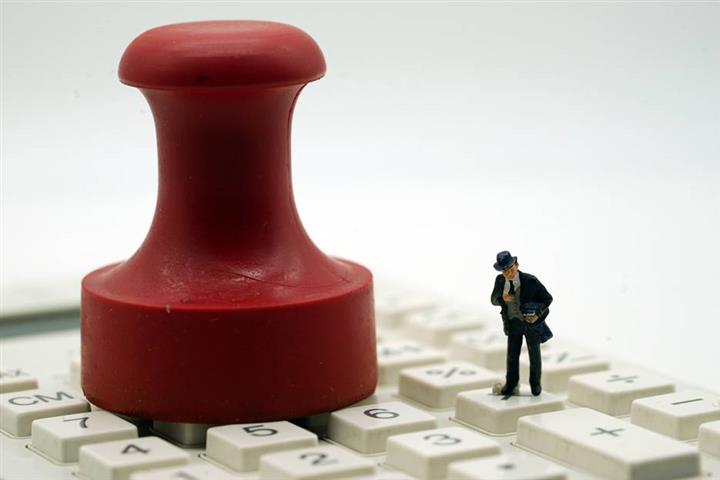 (Yicai Global) May 18 -- China’s fiscal revenue fell 15 percent last month from a year earlier as a result of the coronavirus-sparked lockdown, slowing from a 26 percent drop in March. That suggests the world’s second-largest economy is picking up steam as companies get back to work.

China’s general public budget revenue began falling sharply from February because of the impact of Covid-19, with the decline hitting 21.4 percent in February.

But while the decline in fiscal revenue in April was significantly narrower than in March, revenue fell 14.5 percent between January and last month, still 0.2 percentage point higher than the decrease from January to March. Reflecting the unprecedented severity of China’s fiscal revenue situation, the decrease in income tax revenue -- the core source of income -- during January to April still reached as high as 16.7 percent.

In terms of taxes, domestic value-added tax, the most important category, fell 24.4 percent from January to April, while corporate income tax, the second-largest tax category, fell 13.7 percent, and domestic consumption tax, the third-largest earner, was down 12.8 percent. But some taxes rose in the first four months, with stamp duty on securities transactions gaining 20.1 percent from a year earlier.

Revenues from accommodation and catering; transportation; culture, sports and entertainment -- the sectors hardest hit by the shutdown -- slumped 46.8 percent, 29.8 percent and 28.2 percent, respectively.

In addition to the epidemic’s impact, a series of new tax cuts and fee reductions unveiled this year also contributed greatly to the high annual decline in fiscal revenues.

Officials expect the rate of decline to continue to brake as the resumption of work and production proceeds smoothly across China. But Finance Minister Liu Kun has predicted that the general public budget revenue for the whole of 2020 will be lower than the previous year, a rare decline in full-year fiscal income.

Weakening revenue has led to a decline in fiscal spending. China’s general public budget expenditure tallied about CNY7.4 trillion (USD1 trillion) in the first four months, down 2.7 percent annually. But spending rose 7.5 percent in April alone, according to the finance ministry. Apart from spending on people’s livelihood and basic social and economic operations, the start of some major projects gathered pace, flipping April’s spending growth from negative to positive.

The government is widely expected to raise its fiscal deficit ratio this year to more than 3 percent, with the cap to be revealed during the annual plenary sessions of the National People’s Congress and the National Committee of the Chinese People’s Political Consultative Conference that are to open later this week.