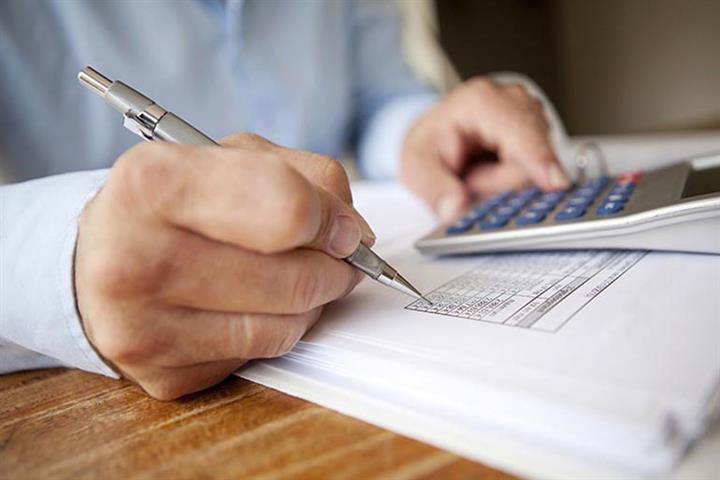 (Yicai Global) Aug. 7 -- Despite the mounting pressure of financial operations and an annual 10.8 percent drop in first-half revenues due to the pandemic and other factors, China’s fiscal operations are steadying and improving, with a narrowing decrease in tax income, more optimal fiscal expenditures, and powerful guarantees for spending in key areas, the first-ever semi-annual fiscal report that the Ministry of Finance issued yesterday shows.

Over CNY1.5 trillion (USD215.2 billion) in taxes and fees were cut or exempted in the first six months, effectively offsetting the coronavirus’ impact and being instrumental in mitigating the difficulties facing businesses, supporting the resumption of work and production and smoothing economic operations, per the report.

The task of issuing CNY1 trillion in special anti-epidemic government bonds was brought to a successful finish by July 31, the report noted.

Fiscal revenues and expenditures have both shown improvement as economic operations have got better each month since the second quarter, Minister of Finance Liu Kun said.

The cumulative decline in fiscal revenue has narrowed each month since April, showing a sustained improving trend as the effects of advancing the resumption of work and production and aiding businesses to ease hardships continue to emerge. National general public budgetary revenue realized its first monthly positive growth in June, up 3.2 percent from a year earlier, compared with May’s 10 percent annual decline.

Overall, the sound underlying fundamentals of the Chinese economy have not changed, Liu said. The steady economic recovery makes the ministry confident of achieving this year's fiscal targets and completing its tasks through hard work, he added.