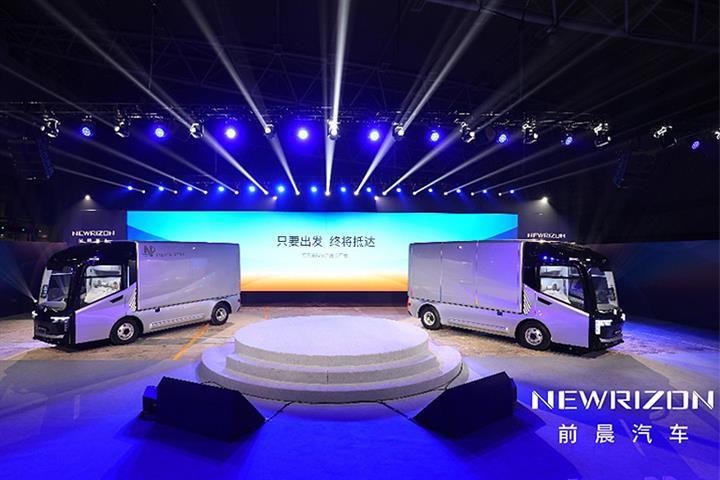 (Yicai Global) Aug. 6 -- Newrizon, a Chinese manufacturer of smart connected new energy commercial vehicles, has raised tens of millions of US dollars in its latest funding round, led by Lightspeed China Partners, the firm said yesterday.

Newrizon, which did not mention how the funds secured in the A-round will be used, also said that its EC1 truck will start mass production next month and that it has a new iC1 logistics van in the pipeline. The EC1’s special design allows it to carry around 20 percent more goods than similar models.

There is a lot of space in the market for new energy commercial trucks now that China has committed to achieving carbon neutrality by 2060, said James Mi, founding partner of Lightspeed China Partners.

Newrizon has a great team with rich experience and a high ability of innovation, therefore it can be expected to make many breakthroughs in the development of zero emission light and heavy-duty trucks, Mi added.

Newrizon is also developing the Chenguang intelligent data platform which will cut energy consumption and increase the vehicle’s range. The company is planning to expand soon from Shanghai into Wuxi in eastern Jiangsu province, Chengdu in southwestern Sichuan province and Shenzhen in southern Guangdong province.