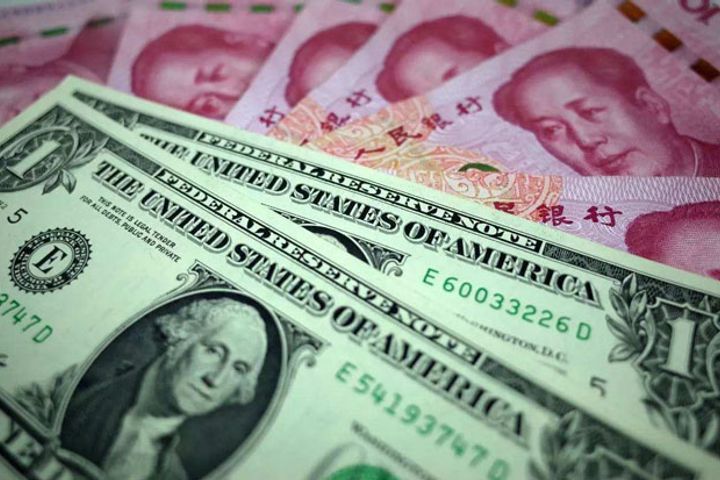 (Yicai Global) July 24 -- The People's Bank of China set the yuan's central parity rate against the US dollar at the lowest for more than a year, while the foreign ministry rejected US President Donald Trump's claims that Beijing manipulates the currency.

The central bank fixed the midpoint 298 basis points lower to 6.7891 this morning, the weakest since July last year, data shows. Yesterday, the PBOC hiked the rate for the first time in eight consecutive trading days. The bank allows the yuan to move 2 percent either way from the rate it sets daily.

"The yuan's exchange rate is mainly determined by market supply and demand," China Daily reported foreign ministry spokesman Geng Shuang, as saying at a press briefing yesterday. "It floats in both ways, which means there are ups and downs." Geng also denied any currency manipulation.

In the past month, the yuan has weakened about 4.5 percent against the dollar, despite the PBOC's governor, deputy governor and the head of the banking and insurance regulator having each expressed confidence in the currency and stressing that China does not plan to devalue to gain a competitive advantage.

The yuan is being driven down in the short term by a strong US dollar, according to analysts, who add that it cannot be assumed that the latest round of gains in the dollar index are nearing an end.

The yuan has been "dropping like a rock," Trump told US broadcaster CNBC on July 20. In a tweet the same day, he accused China, the European Union and other countries of "manipulating their currencies and interest rates lower." In an unusual move, he also attacked the US Federal Reserve for hiking borrowing costs, so "taking away our big competitive edge."

Last week, US Treasury Secretary Steven Mnuchin said the US government is monitoring the yuan's weakness and would assess whether the redback has been manipulated.