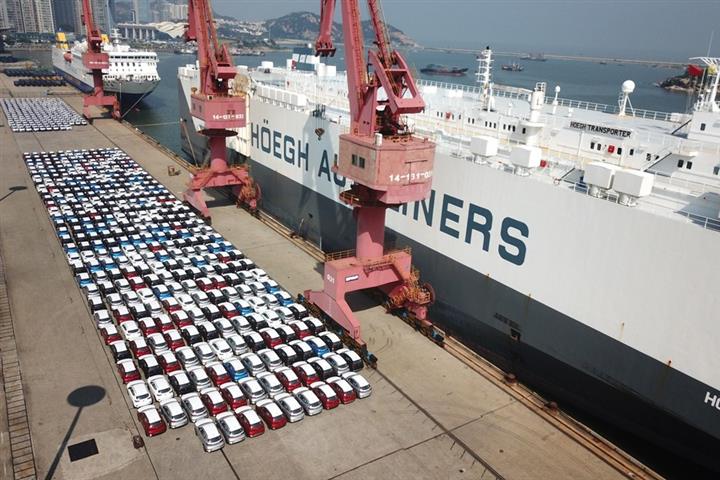 The country's foreign trade expanded 4.6% year on year in October, with exports jumping 7.6% year on year and imports climbing 0.9% in yuan terms, the General Administration of Customs (GAC) said in a statement.

General trade, involving longer production chains and better reflecting the country's manufacturing strength, edged up 2.8% during the 10-month period, taking a larger share of the total trade of goods.

The Association of Southeast Asian Nations remained China's largest trading partner during the period, followed by the European Union and the United States.

Private companies played a significant role in propelling trade growth, with their foreign trade expanding by 10.5% in the first 10 months to account for 46.2% of the country's total, GAC data showed.

Mechanical and electrical products took the lion's share of the country's exports, with their export value reaching CNY 8.45 trillion  in the first 10 months, up 3.8% year on year.

Textile exports including masks jumped 34.8% year on year during the period, while auto exports slipped 6.7%.

China's foreign trade has emerged from the woes of the COVID-19 pandemic in recent months thanks to government policies to stabilize the sector.

To mitigate the impact of the pandemic on foreign trade firms, the country has introduced streamlined procedures at customs and incentives for cross-border e-commerce and other innovative trade forms.

In its latest effort to open its market and boost trade, the country unveiled measures ranging from shortening the catalog of technologies prohibited or restricted from import to strengthening intellectual property protection at the ongoing China International Import Expo in Shanghai.

The country also vowed to set up 10 demonstration zones to promote imports, with innovative regulatory systems and flexible trade models to be piloted at these zones.

As China implements a new development pattern of "dual circulation," where the domestic and foreign markets can boost each other, with the domestic market as the mainstay, China will see the scale of foreign trade continue to expand, according to Han Wenxiu, an official of the Central Committee for Financial and Economic Affairs.