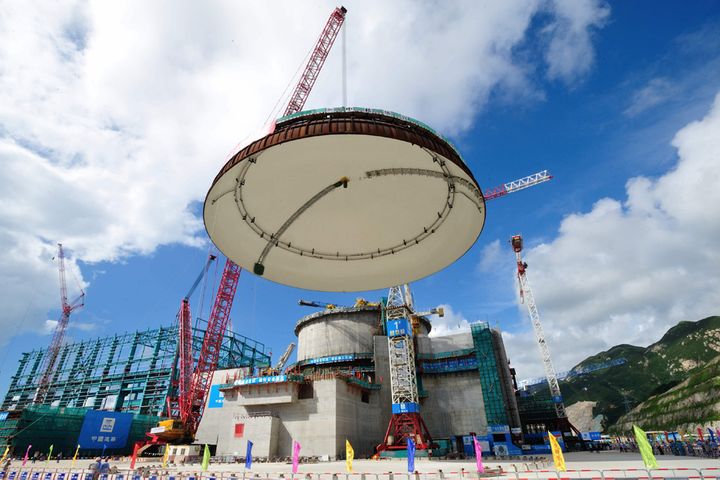 (Yicai Global) Sept. 9 -- The second nuclear power unit built by China and France's largest energy-related cooperative has completed all tests and is ready to start selling power to the grid.

The unit, at the Taishan Nuclear Power Plant in Guangdong province, will enter operations once it has acquired the relevant licenses, China's biggest nuclear operator China General Nuclear said on Sept. 7. The two firms opened their first such unit, the world's first to use France's third-gen European Pressurized Reactor technology, in December. EPR, developed by Paris-based Areva, is also known as Evolutionary Power Reactor.

CGN, Electricite de France and Guangdong Energy Group set up the firm behind the Taishan plant, Taishan Nuclear Power Joint Venture, in 2007. The partnership began building the facility, which houses two 1.75 gigawatt units, both larger than any other single units worldwide, in 2009.

Once the new unit enters operation, the Chinese mainland will have 48 active units and a total installed capacity of nearly 50 gigawatts, ranking third worldwide. Nine more are under construction, and once complete should make China the largest nuclear power generator on the planet.