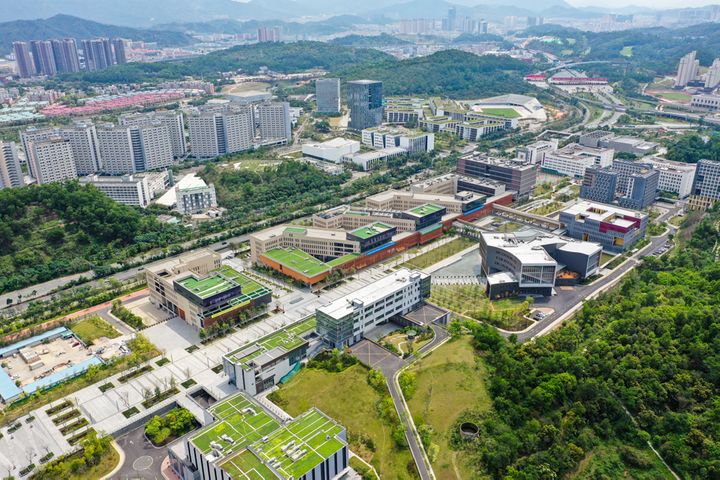 (Yicai Global) April 22 -- The economic growth of large industrial firms in Guangdong, China's best-performing province in terms of output, has risen to the highest level in three quarters.

During the in the first quarter of 2019, the southern region logged a 6.5 percent growth in the added value of industrial companies that post annual revenues of CNY20 million (USD3 million) or more from their main business operations, the latest data from the province's Bureau of Statistics show. The climb accelerated 0.2 percentage points from the entire 2018.

Guangdong is an epitome of China's economic development, industrial transformation and upgrade, as well as of trade, Peng Peng, vice chairman of Guangdong Society of Economic Reform, told Yicai Global. Guangdong's ability to maintain a slightly higher growth than the national average is of great importance for the whole nation, he added.

Cities in the Pearl River Delta are advancing the implementation of the first round of projects involving the central government's development outline for the Guangdong-Hong Kong-Macao Greater Bay Area, which has greatly boosted local investments in infrastructure, Peng added. The government released the plan last February to integrate the southern regions.

Investment in fixed assets (excluding rural households) increased 11.2 percent in the first quarter, 2.2 percentage points higher than the annual target. Among these investments, the category of infrastructure rose more than 28 percent, over 17 percent faster than during the same three-month period last year.

Guangdong's production in terms of emerging industries increased rapidly in the three months, as the tally of new energy vehicles more than tripled and that for mobile communication base stations more than doubled. Manufacturing of carbon fibers jumped nearly two-fold and that of smart TVs rose 13 percent.