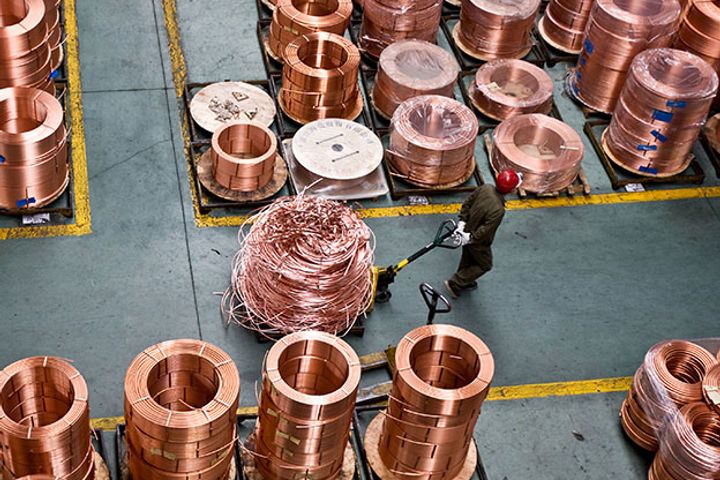 (Yicai Global) Oct. 11 -- China's Zhejiang Hailiang will invest USD45 million to purchase a plot of land in Texas, the US, to build a copper pipe production line.

The company inked a corresponding agreement with Pasadena, Texas-based Five Star Properties Sealy on Oct. 9 to acquire the parcel the latter owns in the Lone Star State, the major copper processor headquartered in Zhuji in China's eastern Zhejiang province said in an announcement yesterday.

The 200-acre plot acquired, which includes a total construction area of 928,000 square feet (86,200 square meters), will be the site of a production line making copper refrigerating air conditioning pipes, water pipes, coils, insulation pipes and other conduits, the announcement stated, but without specifying where in Texas the land is located.

Hailiang will break ground on the facility after taking delivery of the land, the announcement added, but withheld further information on the project's expected total investment, designated scale and estimated dates of completion and commissioning.

The company has outsourced processing in North America in recent years, so the US production base will fill in gaps in its own production capacity in the region, per the announcement.

The announcement made no of mention whether the US investment has a direct nexus with China-US trade frictions. The American market (both North and South America) is a very important global consumer market for copper tubing, it said, adding that the US copper pipe base will enhance the company's supply capacity in the Americas, shorten the delivery cycle, establish brand influence, and provide local customers with better products and supporting services.

Hailiang Group, one of the country's largest exporters of copper pipes and fittings, boasts several production bases in China and Southeast Asian countries.

It acquired a 100 percent stake in leading Bettendorf, Iowa-based air-conditioning, refrigeration and plumbing wholesaler JMF in 2016 and has gained a distinct brand influence and sales channels in the North American market, public information shows.