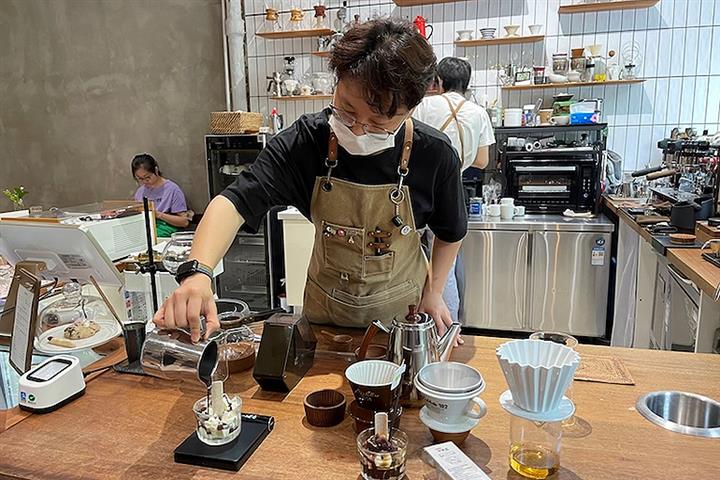 (Yicai Global) Aug. 12 -- Zhongxuegao, a Chinese brand dubbed the ‘Hermès of ice cream’ for its premium prices, unveiled a new coffee pop-up product in nearly 600 cafés in China today that will be on sale through Aug. 25.

In one partner café, a collaborative beverage with Zhongxuegao’s ice cream to which customers could add coffee themselves was priced at CNY45 (USD6.70). A staffer said the item will only be available for a short time.

Given the burgeoning market, ice cream makers have been innovating flavors, appearance, and ingredients, Zhongxuegao’s latest pop-up product aims to attract consumers that were previously more interested in coffee products.