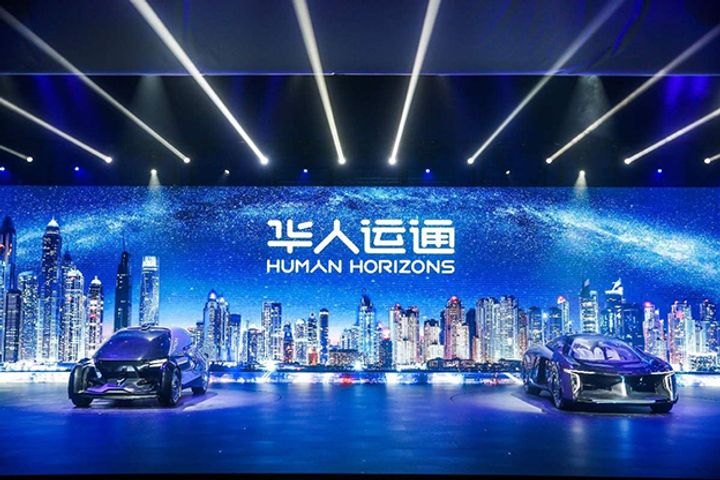 Human Horizons and the Yancheng Economic and Technological Development Zone have joined hands to test drive the former's cars in an initial eight kilometers long road section which is deemed to be the world's first Cooperative Intelligent Transportation System, the two parties said in a statement on Jan. 20.

A single autonomous car is quite limited in dealing with road conditions due to a narrow perception range and lack of data procession methods, Ding Lei, the president of the Shanghai-based carmaker, told Yicai Global. We need car-to-road coordination to thoroughly solve scenarios that cannot be handled by single autonomous cars, Ding added.

The test area will involve over 10 different types of urban roads, including elevated highways and ramps, as well as traffic control through cloud computing and sensors. The zone is expected to start commercial operations in the first half of this year.

Chinese internet giants of Baidu and Alibaba Group Holding, as well as carmakers have all made inroads into smart car technologies that essentially would allow vehicles to share information about road conditions. The city of Shanghai has issued five self-driving car licenses to SAIC Motor, Nio and BMW since last March.