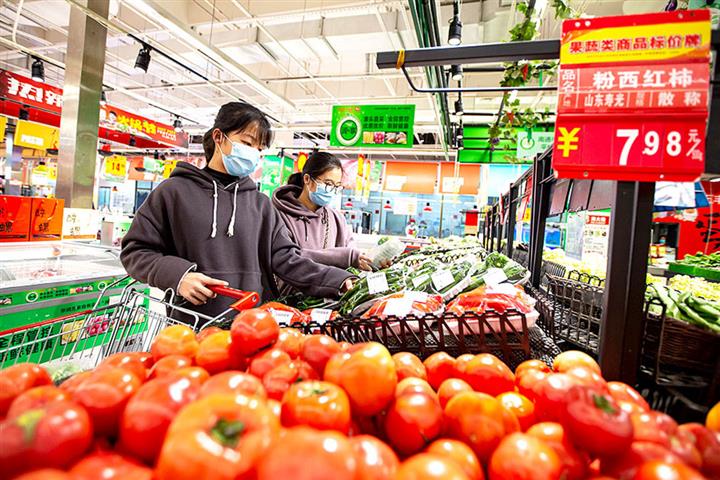 The consumer price index, a key inflation measure, should stay below 3 percent in 2021, according to the chief economists of 23 major financial institutions in China. They also think gains in the producer price index, an indicator of corporate profitability, are unsustainable. Six of those polled expect the PPI to rise in the second quarter, with the pace of growth gradually slowing thereafter.

The CPI is expected to have increased by an average 0.99 percent in April from a year earlier, up 0.59 percentage point from a 0.4 percent gain in March, with a forecast growth range of between 0.6 percent to 1.5 percent, according to the economists.

The PPI is forecast to have climbed 6.2 percent last month, up from a 4.4 percent increase in March, with a predicted growth range of 4.6 percent to 7 percent.

The National Bureau of Statistics is scheduled to announce the data for April and the first four months of this year tomorrow. It will release other major economic data on May 17.

As the prices of commodities, including copper, tin, iron ore and plastics, have risen to the highest in a decade, the gap between supply and demand is quickly driving up the PPI, according to Wu Ge, chief economist at Changjiang Securities. But the effect of higher raw material costs on downstream industries and the CPI may lag, he said.

Affected by a plunge in pork prices, year-on-year changes to the CPI in four of the five months from October to February were negative, while the CPI returned to year-on-year growth in March. The PPI ended nearly a year of decline in January and began to recover rapidly and continuously, driven by rising commodity prices.