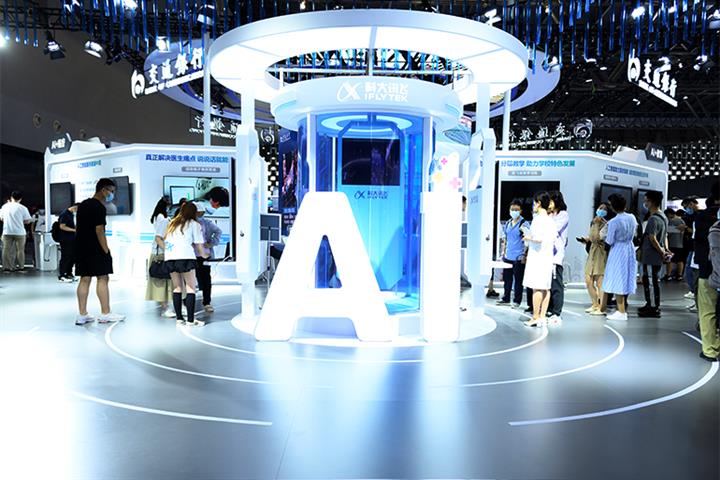 China Is Catching Up With US in AI Tech Innovation, Report Shows

(Yicai Global) Sept. 9 -- China has entered the top tier of artificial intelligence capabilities for the first time and the gap with the US is narrowing, according to a recent research report.

China has been inducted into the first class of the ‘Artificial Intelligence Index Report 2021’ due to continuous improvements in the comprehensive strength of the country’s AI technology, said the head of the research team at the Institute of Scientific and Technical Information of China. In the previous two years that the report was compiled, only the US made this class.

Although the US still comes top with a score of 59.42, China ranks second for the second year running with a score of 50.14, and the gap between the two is closing, Xu Feng, who is also executive deputy director of ISTIC’s Artificial Intelligence Development Research Center, told Yicai Global.

South Korea placed the highest in the second tier, with a score of 37.29, and Israel was at the bottom of this group with 26.37. Altogether, of the 46 countries evaluated, there were nine countries in the second class, 13 in the third group, including Sweden and Luxembourg, and 22 in the fourth class, including India and Russia.

The research shows the quantity and quality of China’s AI enterprises are growing rapidly, said Zhao Zhiyun, director of ISTIC. The number of Chinese AI open-source projects climbed to 158 last year from 139 the year before.

“The number of supercomputing centers in China has surpassed that of the US, but there is still a gap compared with the US in terms of computing power, mainly because the number of high-quality data centers needs to increase,” Xu said.

The 10 countries with the most AI firms account for 82.9 percent of the total number of firms among the countries polled, at 9,020, the report said. The US accounts for half of this with 4,664 and China has 880. In terms of listed AI firms, the US has the most at 63, followed by China at 60 and Canada with 12.

China’s AI companies had received total funding of USD46.2 billion as of September last year, ranking second in the survey. But the average financing amount per enterprise was USD53 million, ranking first.

North America and Europe remain the main clusters of AI expertise. And the top five countries in the AI talent subindex were the US, Singapore, China, Latvia, and Israel.

China has made great efforts to nurture AI expertise in recent years, Xu said. And although the talent pool is increasing, because it has not been a long time, there is still a gap in the overall quality of skilled workers with developed countries such as the US, especially in terms of the number of top AI scholars.

Chinese universities’ offerings in basic AI disciplines are still inferior to those of the US, the report said. Although the number of professionals in the industry is second only to the US, the proportion per 10,000 people in the labor force is not high.