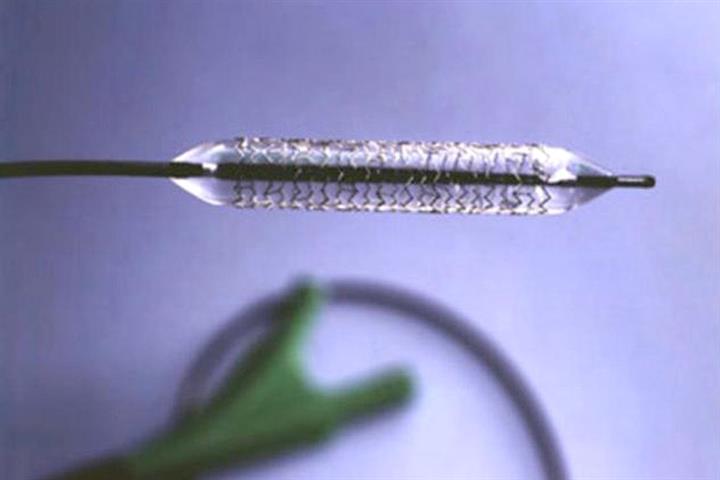 (Yicai Global) Sept. 6 -- Chinese authorities are allegedly investigating problems that medical experts have reported about coronary balloons used to open blocked arteries after the products were included in the national procurement program.

This year, coronary stents and balloons were added to the centralized procurement scheme in many places in China. Prices of the products dropped by about 90 percent on average due to the program that has changed the supply chain to mainly involve domestic producers.

"I recently performed an operation on a patient in which four balloons ruptured in a row and caused a perforated blood vessel. This has never happened before," a cardiologist who wished to remain anonymous said at a conference recently.

Quality should not be sacrificed to reduce costs, the doctor added, calling for quality checks on medical devices in the centralized procurement program.

"Many of the products that have won the bid this time have not been on the market for a long time," a percutaneous coronary intervention doctor told Yicai Global. Before the shift, most of the related products used in Chinese hospitals were imported and produced by foreign firms such as Boston Scientific, Medtronic and Abbott, the person added.

"Some [of the domestic coronary balloons] have just been certified for marketing, and some have basically not been used clinically in the past," the PCI doctor added.

Just a few big multinationals, including Boston Scientific, Terumo, Medtronic, and Abbott, won their bids to provide China with balloon dilatation catheters among the 53 winners, according to the results released in June on the website of Sunshine Medical Procurement All-In-One.

Cost-cutting shows. Even if some manufacturers can still maintain relatively high profits amid centralized procurement, most are likely to face challenges, a source at a Chinese coronary balloon manufacturer that is currently in the program told Yicai Global.

Some companies even lowered their quotes to a bit more than CNY100 (USD16) to make the cut. "This is unreasonable in our opinion, because there is no profit margin. Of course, some firms may hope to occupy the market in this way, while there are risks in doing so. They will either be unable to supply so many goods, or cut corners,” the person added.

Some of the participants have been doing worse this year.

Shanghai-based MicroPort expended its loss by almost 38 percent to about USD90 million in the first half of this year from a year ago, according to its earnings report.

The firm explained the slump. Although the centralized procurement policy substantially boosted MicroPort's sales of interventional cardiology products, it failed to fully compensate for the decline in its revenue and gross profit, which was the main reason for the loss in the first half, it said.

Yicai Global learned from many related companies that they are significantly increasing their investment on research and development. But that is also putting pressure on earnings.

Shanghai-headquartered Kindly Medical Instruments’ profit fell by more than 20 percent to CNY51.3 million (USD7.9 million) in the first half, mainly due to its increased R&D expenses, according to the firm's earnings report.

“Companies can form differentiated competition in the short term by increasing R&D and overseas market layout," an investor in the field of cardiovascular medical devices said to Yicai Global. "However, in the long term, it is a test of their ability to sustain funding for R&D if their profits keep falling."