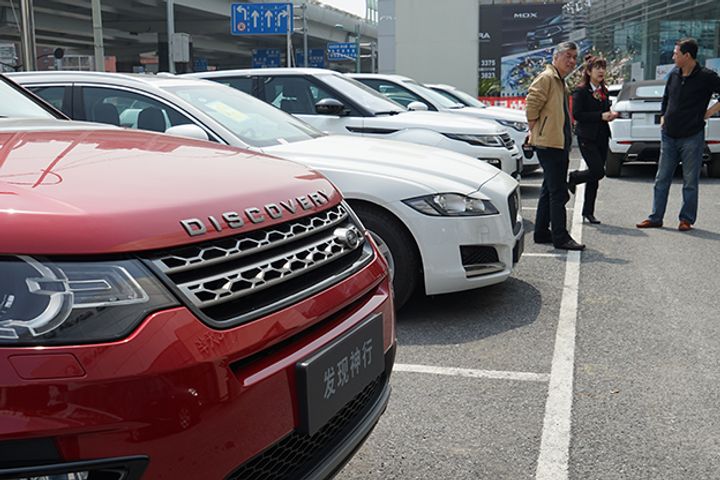 (Yicai Global) Feb. 19 -- China's car sales fell by 4 percent on the quarter and year in January, but the secretary-general of the China Passenger Cars Association remains optimistic for the sector's future.

Passenger car retail sales were up 2.2 percent at 1.1 million, but multi-purpose vehicle sales slumped 11.1 percent to 151,000 units and sports-utility vehicle sales dived 9.1 percent to 938,000, according to data published yesterday by the CPCA.

Several government agencies rolled out policies to promote car sales in rural areas at the end of the month, and these were effective, the CPCA's Cui Dongshu said. He believes the sales data indicates the market is pretty much beginning to recover from last year's slump -- China's first auto sales decline in over 20 years.

Figures will be low for February too, as the industry lost out on 10 days of sales because of the week-long Chinese New Year holiday, he added, saying this affects both wholesale and retail performance.

FAW-Volkswagen, SAIC-Volkswagen and SAIC-GM remained the top three sellers, shifting 191,000, 181,000 and 178,000 units. Only two independent Chinese makers, Geely Automobile and Changan Automobile, were among the top 10. Geely came fourth with sales tallying 151,000, while Changan came in 10th after selling 73,000.

Carmakers in the country made two million vehicles in January, down 14.6 percent on the year. Manufacturer inventories fell by 54,000 units and channel stocks fell by 190,000, a big improvement after an uphill struggle to shift inventory, the data shows.