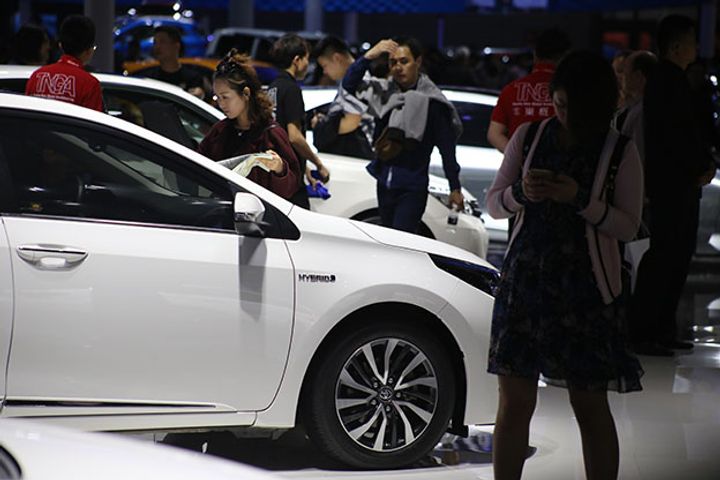 Some two million cars sold in November, 3.4 percent more than the previous month, according to data published yesterday by the China Passenger Car Association. But sales over the first 11 months were down 4.3 percent at 20.5 million, a far cry from last year's 24.7 million, which already marked the sector's slowest growth in 20 years -- just 1.4 percent.

The declines are largely a result of high base figures in 2017 and inferior quality of Chinese cars when compared to their German and Japanese counterparts, the association said.

Beijing Hyundai Motor and Changan Ford Automobile, whose vice president of sales and marketing quit yesterday after sales halved over the first 11 months, both fell out of the top 10.

Sales of sports-utility vehicles flopped 20.6 percent in November, and Cui Dongshu, secretary-general of the CPCA, feels decreasing consumption in central and western regions and the hot property market could mean the segment sees much slower growth in future.

Cui is also pessimistic for this month's industry-wide results. The figure was high last December as people panic-bought to get tax breaks, but consumers are much more stable this year and it will be tough for dealers to increase sales, he said.

The luxury category was the only one to gain in retail sales, posting a 4.6 percent rise, while sedans fell 13.6 percent. Foreign joint ventures in the country faced a 17.6 percent decline on average, while domestic car brands slumped 22 percent.