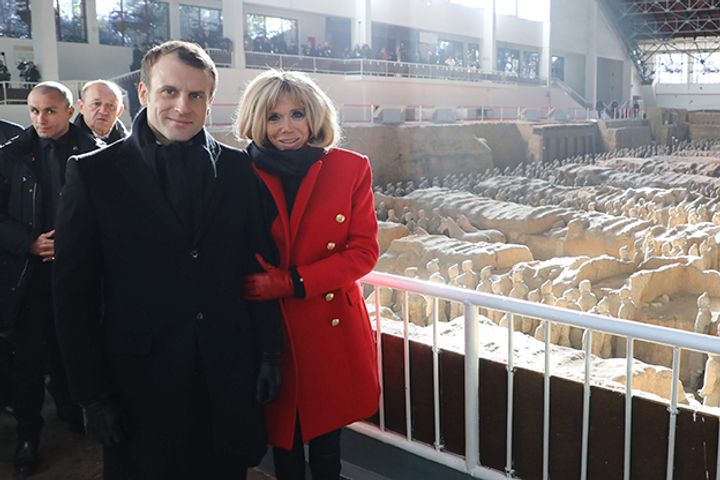 (Yicai Global) Jan. 8 -- French President Emmanuel Macron has arrived in China with a delegation of executives from more than 50 of the country's leading companies including Areva SA, Airbus SE, Groupe Auchan, Dassault and Sodexo SA.

Macron's first state visit to China is a significant step in the development of relations between China and France, Chinese Foreign Ministry Spokesperson Geng Shuang said at a press briefing three days ago.

France seeks to achieve a mutually beneficial balance in trade with China, a French official told the media ahead of Macron's visit, which will run to Jan. 10. China is France's second-largest trade partner, while France is China's eighth-biggest and runs a EUR30 billion (USD36 billion) trade deficit with the country.

The two nations are expected to sign over 50 deals in areas such as aviation, civil nuclear energy, digital technology and the aging population. Areva's radioactive waste processing plants, Safran's aircraft engines and Orpea's retirement and pension services could feature on the list of concluded deals.

China is likely to order at least 100 Airbus aircraft during Macron's visit, with a possible value of more than USD10 billion.