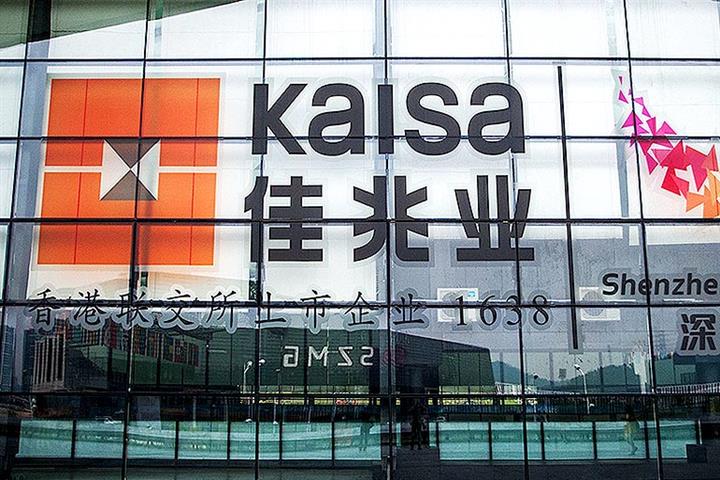 (Yicai Global) Nov. 25 -- Shares of China's Kaisa Group Holdings surged more than 20 percent after a three-week trading halt as the property developer revealed details of its plan to repay its CNY1.5 billion (USD234.8 million) worth of overdue wealth management products.

The property manager has been struggling after its shares slumped more than 15 percent on Nov. 4. On Nov. 8, Kaisa said on WeChat that it would speed up sales of high-quality assets in cities including Shenzhen and Shanghai to obtain funds to repay its debts.

The company revealed more details of its plan yesterday. Kaisa will pay 10 percent of the principal and interest on the twentieth day of the month of maturity. After that, it will pay another 10 percent every three months with an interest rate of 4.35 percent involving the expired principal.

Kaisa suggested a bond swap today. It would exchange USD400 million worth of notes originally due on Dec. 7. The new bonds would expire on June 6, 2023, with an unchanged interest rate of 6.5 percent. If not successful, the firm will not be able to repay its existing debts on time and must consider debt restructuring, it added.

There could be other ways to gain capital. Kaisa is considering accelerating sales of real estate projects and high-quality assets to obtain funds, the company said in its announcement yesterday.