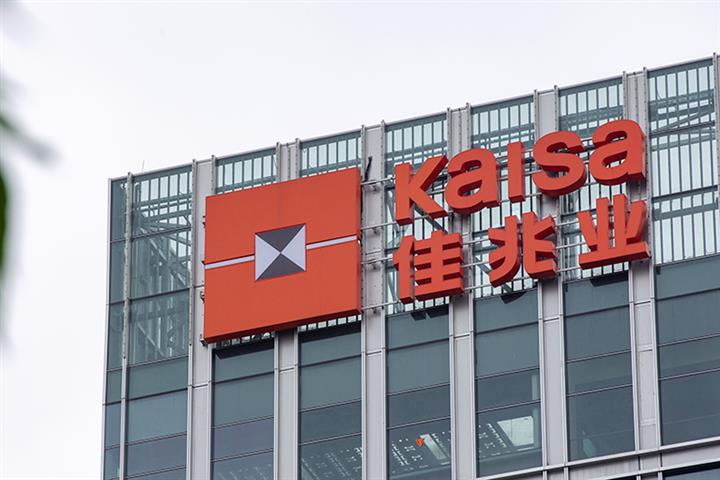 (Yicai Global) Nov. 4 -- Shares in Kaisa Group Holdings plummeted 15 percent today after the Chinese property developer said that it is unable to make CNY300 million (USD46.9 million) in payments now due on several wealth management products that it guaranteed. This comes two months after beleaguered China Evergrande Group found itself in a similar crisis.

Kaisa’s liquidity has been under unprecedented pressure since the beginning of the year due to a cooling property market and rating downgrades by international rating agencies, the report said. In October, sales contracted 30.5 percent year on year to CNY8.2 billion (USD1.3 billion) and in September sales were down by 64.6 percent.

The Hong Kong-based firm is the latest in a string of Chinese real estate titans to default on their debts this year as leveraging tightens. Evergrande has been scrambling to find ways of repaying CNY934 million (USD146 million) in overdue wealth products and has even been offering physical assets in lieu of cash.