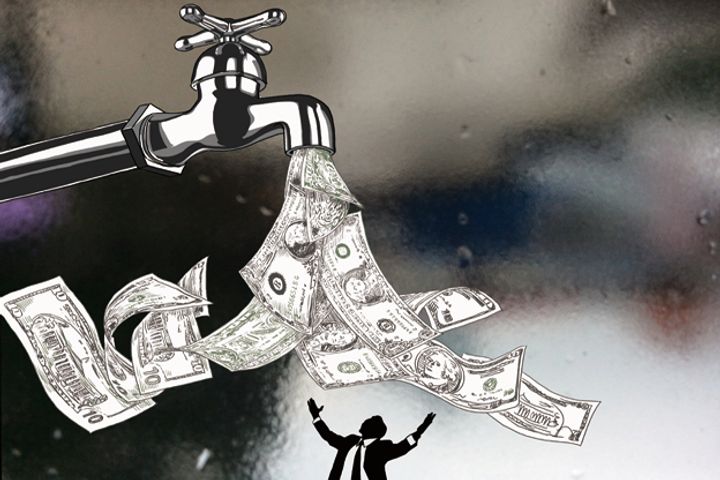 Southeast Asia's close proximity to China makes it the number one target, with the Middle East and Eastern Europe in second and third, respectively.

"House prices in downtown Phnom Penh have grown at 25 percent and rent yields are between 8 and 15 percent," a slogan advertising the event reads, showing the hosts hold a sound understanding of Chinese property investors' expectations.

Thailand is also one of the most popular Asian markets for Chinese buyers. "We've always been bullish about Thailand, and the introduction of the Belt and Road Initiative gave us more confidence," one investor, Chen Lian (pseudonym) told Yicai Global. She and her husband bought a property with a sea view for CNY2 million (USD302,000) in Phuket earlier this year.

The largest proportion of Chinese investors bought properties in Southeast Asian countries as investments, data from Chinese international property portal Juwai shows. The second-most common reason to buy is to live there. These countries aren't far from China and boast spectacular beaches and natural resources, so they have become favored destinations for Chinese buyers. Education is the third-most common reason to buy.

Chen bought her Phuket house from Terry Clarke, a British businessman who is chief executive of RC International Group and claims that 90 percent of his clients are Chinese.

"We've completed 16 villa developments in Phuket, each with eight houses," Clarke said. "Sales started a few weeks ago and two developments have already been sold. The properties sell very fast. We sold seven villas in the first development in just four hours, while I was at a concert in Ningbo in China."

Chinese buyers used to be middle-aged or elderly, but their average age is decreasing, Clarke said. After buying her house, Chen signed a lease with RC International which will grant her a five percent return on the investment every year. She can also take annual week-long holidays in the home.

Pan Xin (pseudonym) bought a one-bedroom apartment in Bangkok for CNY700,000. "We go to Thailand on holiday almost every year," she said. "Both my husband and I like the country very much, and buying the apartment is part of our plan for our child's education. I've done some research and found that studying in Thailand can prepare our child to study in the UK, US or Australia."

Outside Southeast Asia, Chinese investors are also pouring money into the Middle East and Eastern Europe.

"Three years ago, most of my clients were Iranians, Britons and Indians. Chinese made up less than 10 percent," said Du Xiaoyun, a Dubai-based sales manager at US real estate franchise Coldwell Banker. "Now I spent almost 100 percent of my time with Chinese customers, I don't have time for buyers from elsewhere," she added. Every month, Du serves five to 10 Chinese prospects who have confirmed their interest in buying a property, and her social media accounts have far more potential buyers from China than anywhere else, she said.

"The difference is particularly noticeable this year. Chinese buyers now rank eight among all nationalities, up from 15 last year," Du added. "In the past, Chinese people weren't interested in the United Arab Emirates, but more and more people are talking about the market here now. Many of my clients even want to do business or work in Dubai after buying a home here."

Some Dubai banks now offer mortgage services for Chinese investors, she continued. The loans cover 50 to 75 percent of the total price with interest rates between 4.5 and 5.5 percent.

Chinese National Day, which runs from Oct. 1 to Oct. 8 this year, is a great week for Du. She developed a four-day property viewing tour for Chinese investors so they can enjoy their vacation in Dubai while checking out properties at the same time. "We plan to start receiving tour groups of varying sizes on Oct. 1," she said. "The second half of the year is a good time to visit Dubai."

The average return on real estate investment in Dubai is about 6.5 percent, she estimated.

The total volume of inquiries about properties in the city increased by 88.9 percent and 200 percent in the first and second quarters of this year, respectively, according to data from Juwai. Compared with Chinese buyers in Southeast Asia, a greater proportion (95.5 percent) wanted to purchase a Dubai property as an investment. Only 17.9 percent intend to live in the properties.

However, Chinese investors' demand for properties in East European nations, such as the Czech Republic, Poland and Russia, fluctuates wildly. There are no clear patterns to the peaks and troughs.

Most Czech properties purchased by Chinese buyers are owner-occupied, and the number of Chinese investors buying properties in Poland and Russia as an investment is roughly the same as the number planning to live in the homes.

The number of Chinese people who inquired about properties in the Philippines, Vietnam and Malaysia on Juwai's website has increased consistently during the same period.