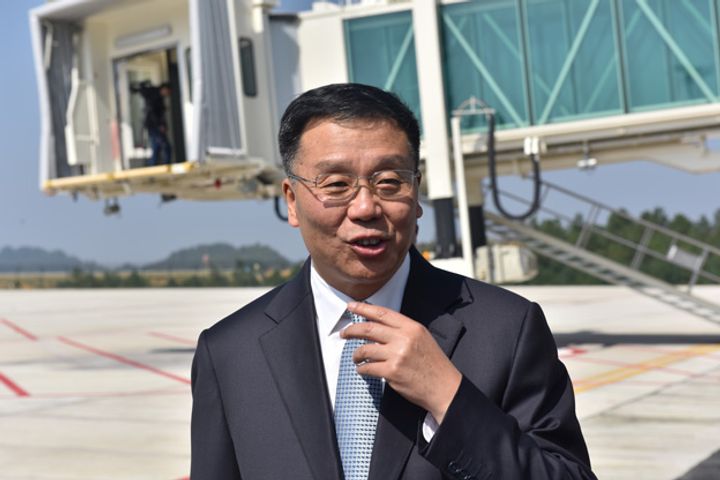 Li Jingren will become a member of the group's party committee as well as a candidate for general manager, general accountant and member of the board, per a personnel change order from Guizhou's State-Owned Assets Supervision and Administration Commission and its party committee, the company announced Oct. 31.

Guo, Li Jingren and Li Baofang share a background in government and the party. Li Baofang was deputy director and deputy party secretary of the Guizhou Provincial Commission of Economy and Information, and later also its director. He is more familiar with the company, having worked there over two years before he took the chairmanship.

The firm's management underwent big changes at the end of October before news of Guo's transfer broke. The management makeover occurred after Li Baofang acceded to the concurrent posts of party secretary, chairman and general manager.

Neither Guizhou province-based Moutai Group nor its unit have thus far commented on the shakeup. The Beijing News tried to contact the company but got no reply.

Zunyi, Guizhou province-based Moutai's shares [SHA:600519] fell to their 10 per cent daily limit to 549.09 yuan in Shanghai on Oct. 29 for the first time in five years after its slowest growth in earnings in three years as market demand deflates in a slackening Chinese economy, the South China Morning Post reported.

The company's shares have slid 31 per cent from their 799.19 yuan record of June 12 and lost 314 billion yuan in market value. That loss in capitalization is more than Zuni's gross domestic product for last year and is nearly the aggregate market value of Heineken and Carlsberg, per the report.

Moutai's famous liquor is China's most sought-after white spirit at official banquets and on important occasions. Late Premier Zhou Enlai toasted late US President Richard Nixon with a shot glass of the famous libation at a historic state banquet welcoming him to the country in 1972 that led to normalized relations between the superpowers.

The group extended its business into the realty, property leasing and internet fields on Oct. 25, according to the Qixinbao company analytics app of Qixin.Com, but any connection between this and the staff changes is a matter of speculation.