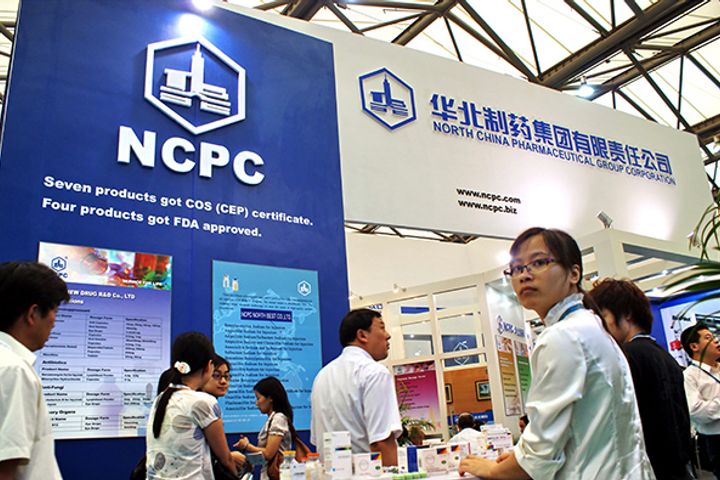 (Yicai Global) Aug. 15 -- North China Pharmaceutical Co. [SHA:600812] saw an over 20 percent slump in net profit in the first half as a result of high production costs despite solid revenue results.

The company is a leading antibiotic producer in China. Its semi-annual report shows that its operating income grew 1.132 percent year-on-year to USD589 million (CNY4 billion) in the first half of this year, and net profit rose 2.23 percent annually to USD4.5 million. However, after deducting government subsidies and other non-recurring gains and losses, the actual net profit came down to USD2.5 million, marking a decline of 20.88 percent compared with the same period last year.

This means that the company's core business earnings have still not broken out of the downward trend. Its operating income target for this year is USD1.47 billion, and the total profit target is USD14.7 million, according to the 2016 annual report. But only about 40 percent of the targets have been fulfilled in the first half.

North China Pharmaceutical's core businesses include pharmaceutical product development, manufacture and sales, and it is widely seen as a leader in the Chinese antibiotic market, public information shows.

Its profit margin is disproportionally low relative to its high income. Last year, the company logged a total operating income of USD1.18 billion, but its net profit was only USD7.9 million.

The antibiotic manufacturer posted a positive profit in the core businesses only in 2015, and stayed in the red in all the remaining four years. Furthermore, the company is heavily indebted. Its asset-liability ratio in the past five years averaged 68.38 percent, which is significantly higher than the industry average, data indicate.