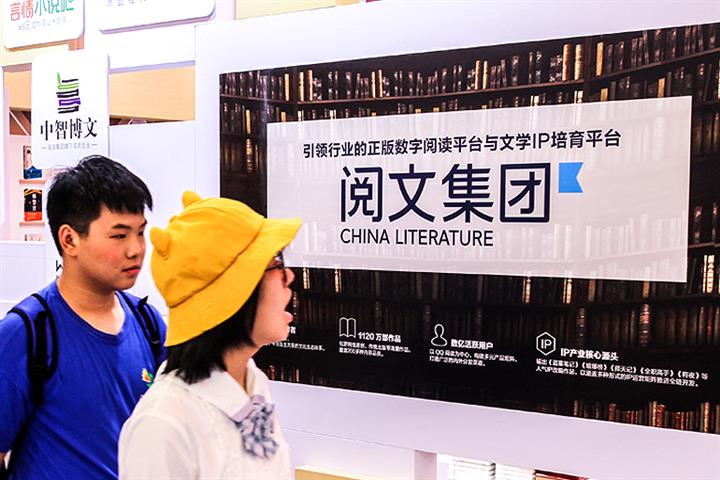 (Yicai Global) May 7 -- Digital bookstore China Literature is drawing up new contracts for its authors after several of them complained that their writing agreements were exploitative.

The Shanghai-based firm will offer the writers new deals within a month, it said yesterday during an in-person meeting with the authors. The content creators will be able to choose how they receive their income and set their own paywalls, and will have several contract options to choose from, it added, saying the writers will also take a share of earnings from adaptations and translations of their work.

Some writers had publicized some of the clauses in their contracts that referred to copyright attribution and the removal of paywalls on e-books, stirring controversy online. Many stopped publishing new works on May 5 in a form of protest.

China Literature will continue to develop paid content and will define how writers earn from free content, the company’s new management team said. The firm hires its writers as contractors rather than employing them as staff, but it will maintain welfare policies, including attendance subsidies and half-year bonuses, that it has had in place for many years, it added.