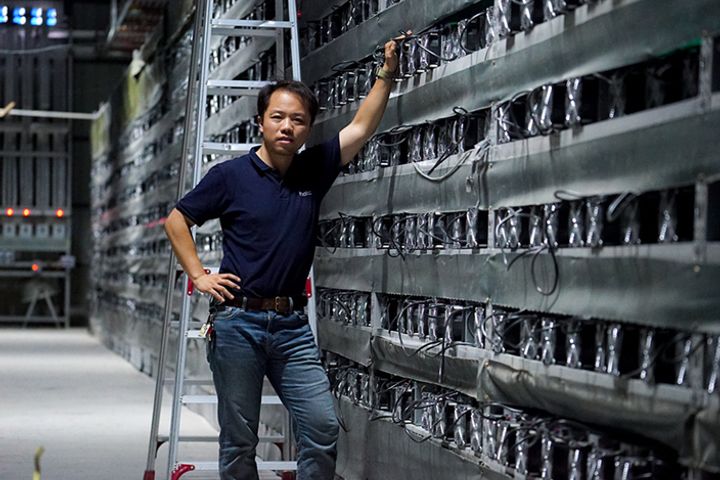 (Yicai Global) July 12 -- Mining of the cryptocurrency bitcoin has developed into a complete industrial chain. Some 70 percent of the world's bitcoins are generated in China, specifically in the remote mountainous areas in the country's West, per a survey by China Central Television's (CCTV) financial channel.

Miners, most of whom use powerful application-specific hardware, process transactions and add them to a public ledger called the blockchain. In their quest to discover new blocks, they try to solve a proof of work problem that, based on the system's protocol, combines a nonce of their choosing, a proposed new block and information from the most recent block. Solution finders are rewarded in newly created bitcoin.

One bitcoin mine owner told CCTV that his operation has thousands of machines running around the clock, churning out about a dozen bitcoins (worth about USD27,500) a day.

The facility, which has 5,000 mining rigs, is considered a medium-sized one in the region. As bitcoin prices soared last year, more people came to the area to get in the game, the mine's boss said. Customers can rent the mine's equipment.