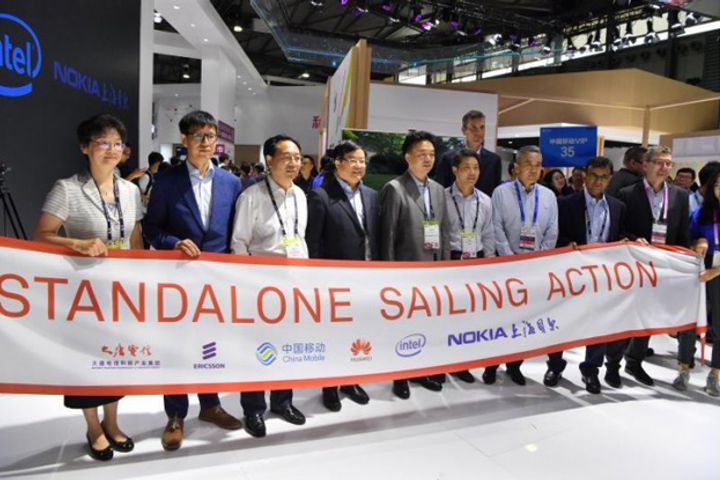 Yang Xiaowei, deputy director of the Cyberspace Administration of China made the call to technicians from Beijing-based operator and its tech partners during the 2018 Mobile World Congress in Shanghai. The network used was an independent 5G end-to-end system including a customer-premises equipment terminal, 5G New Radio and other new core networks.

China Mobile and the country's other top carriers, China Unicom and China Telecom, have been pressing ahead with the development of 5G networks after they got the green light to conduct trials in Beijing and other cities last month.

The express technology can provide data transfers up to dozens of times faster than current 4G standards, and China hopes to commercialize the networks in the second half of next year, allowing smartphone users to download high-definition movies in a matter of seconds and boosting development prospects in smart transport, energy, education and other sectors.

Some of China Mobile's partners for the project include Datang Telecom Group, Ericsson, Huawei Technologies, Intel and Nokia. The collaborators also used the congress to promote a whitepaper demonstrating their latest findings in 5G independent networking technologies and industrial development.