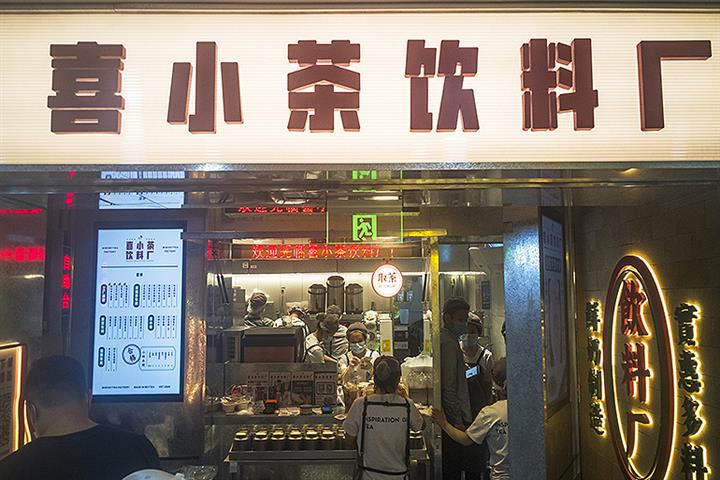 (Yicai Global) Nov. 3 -- The last store of Heytea Mini, a bargain sub-brand of new tea drink chain giant Heytea, in south China’s Guangzhou city shut down recently. All other outlets of the sub-brand have gradually closed, with its WeChat mini app also out of service, Shanghai Securities News reported today.

Heytea Mini was an exploration by the company in terms of products and prices, Heytea told the financial newspaper, adding that the sub-brand has completed its historical mission amid the downward adjustment of Heytea product prices.

Heytea Mini was launched in April 2020, with product prices ranging between CNY6 (USD0.8) and CNY16. Heytea products were sold for about CNY30 at the time.

According to data disclosed by Heytea in May last year, from April 2020 to April 2021, Heytea Mini opened 22 stores in six cities in the Guangdong-Hong Kong-Macao Greater Bay Area, including Shenzhen and Guangzhou, and sold more than 2.8 million cups of tea drinks over the one-year period.

Affected by the economic downturn and intensified competition, Heytea began to lower its prices from January this year, with some of its products becoming cheaper by CNY 1 to CNY 7.

The company also announced in February that no new drinks priced above CNY29 will be launched this year while pledging not to raise the prices of existing products. But, with the price fall, there was an overlap in product pricing strategies of Heytea and Heytea Mini.