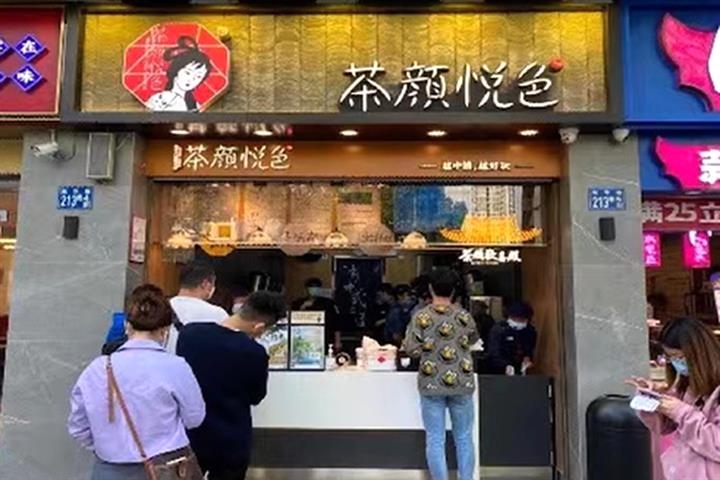 Thirty-five percent go out under between their first and third year and 24 percent close within the first 12 months, according to data on corporate information platform Tianyancha.

New style tea is very popular with Chinese consumers. Sexy Tea opened a new store in Nanjing last month, with many people lining up outside despite the heat, and with scalpers asking for CNY200 (USD29) a cup. Every new Sexy Tea store opened so far has attracted a queue of more than an hour. It has been a similar situation at other brands, including Nayuki.

But the business has not been an easy one in recent years. Upmarket tea brand Lelecha temporarily exited Xi'an last October and pulled out of Guangzhou in February. Sexy Tea was reported to have closed stores three times last year and began slowly expanding again this year. Early in 2022, Heytea was said to have plans to lay off as much as 30 percent of its staff. And Nayuki had a CNY249 million (USD36.1 million) first-half net loss, versus a CNY48.2 million profit a year earlier.

In addition to the impact of the pandemic, aggressive expansion by the major brands in the early stage intensified competition. Honey Snow Ice City had 10,000 outlets worldwide in June 2020, but by last October that had soared to 20,000.

Gross margins in the sector are shrinking every year as the competition heats up, according to Guan Qiyao, founder of Grandma Bean Paste Milk.

Market rumors also have it that the firms hire people to queue up and buy drinks at their outlets, making them look extremely popular and expanding their brand awareness among consumers. The practice is widespread in the new style tea sector, food industry analyst Zhu Danpeng told Yicai Global.

Positions for part-time queuers are advertised on recruitment apps, but the brands always deny being involved. For example, Hey Tea acknowledged that there were scalpers in the queue, but denied that it had hired them.