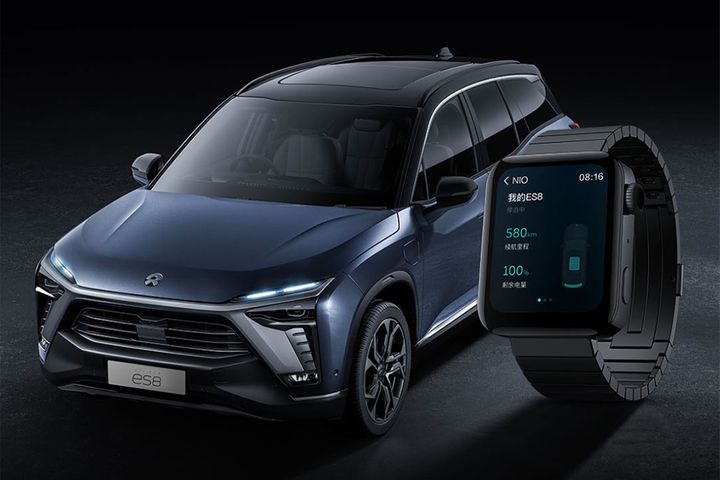 Nio customers can use the app to check vehicle-related information such as battery life and parts status in real time, the report said. They can also control doors, windows and air conditioning using the app, which can also help owners find their vehicle by activating the lights and horn.

Despite the impact of the Covid-19 outbreak on the auto industry, Shanghai-based Nio wrapped up a USD235 million convertible bond issuance last month and began a mass production project for its new EC6 model. The company delivered 707 vehicles in February, just 12.8 percent fewer than a year earlier compared with an average 80 percent drop for all automakers in China.

Nio will deliver two new models this year: the ES8 next month, and the EC6, which the company expects to start delivering in September. Nio's new models will support more intelligent functions, including near field communication, it said.

Last year, electronics maker Xiaomi ranked second globally for wearable device shipments, with 41.7 million, a 79 percent increase from the previous year, and had a market share of 12.4 percent, according to data consultancy IDC. Apple was first with 106.5 million units.