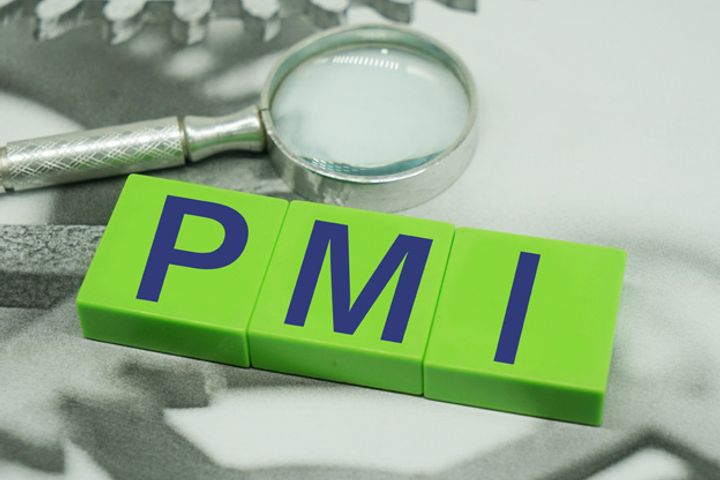 (Yicai Global) Jan. 31 -- China's official purchasing manager's index for manufacturing was below 50 for the second straight month in January as the nation's secondary industry contracted.

The PMI was 49.5 for January, up 0.1 point from the previous month, the National Bureau of Statistics said today. The 50 point mark separates expansion from contraction.

The shares of respondents who said high raw material costs or yuan exchange rate fluctuations affected operations have now fallen for three straight months to 34.5 percent and 12.7 percent, said Zhao Qinghe, a senior statistician at the agency. This suggests easing cost pressure from a procurement and exchange perspective, he added.

Services were far more robust, Zhao continued, pointing to the sub-index for business activity in the service industry, which rose 1.3 points to a seven-month high of 53.6. The Composite PMI Output Index rose 0.6 point to 53.2, suggesting production and operations broadly expanded.

The sub-index for production at large enterprises grew 0.6 point to 55.4, suggesting bigger firms are still plodding on and are optimistic for the future.

The sub-index for non-manufacturing gained 0.9 point to 54.7, 0.3 point higher than last year's average, the data showed. This suggests a good start for the sector and points to an accelerated rate of expansion, the NBS commented.

The construction industry sub-index was as high as 60.9, despite a 1.7 point decline, suggesting slowing growth as the cold weather comes in and employees return to their hometowns for the Chinese New Year, it added.