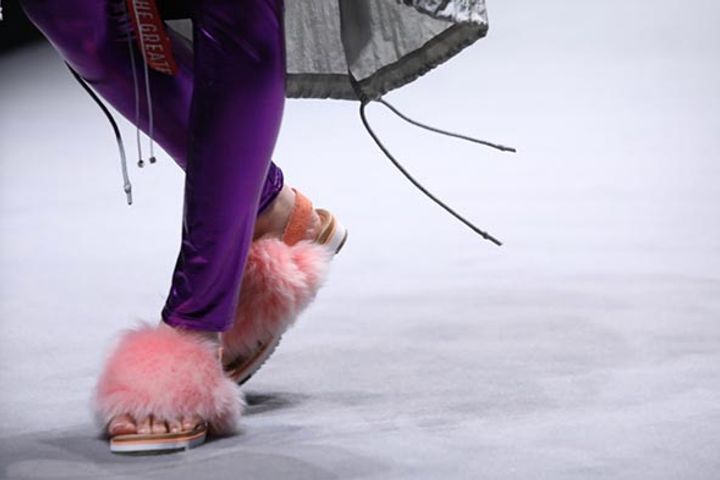 (Yicai Global) May 16 -- UGG and its parent company Deckers Outdoor Corp., long-regarded as makers of premium snow boots, aim to reposition in the Chinese market as a comprehensive fashion brand.

Australia-based UGG contributes about 80 percent of revenue to Deckers, which also owns Teva, Sanuk and other brands. But UGG's position as a snow boot pureplay makes it susceptible to periods of low sales due to warmer weather during non-winter seasons.

"We hope everyone knows UGG is a brand rather than a snow boots series," UGG China Vice-President Olivier Lorans told Yicai Global in a recent interview.

Last year UGG signed up popular actress Angelababy to endorse the brand, marking the first time it has opted for a Chinese celebrity spokesperson. The move is part of efforts to shift its market positioning and focus more on young consumers.

But many buyers have adopted a wait-and-see attitude towards UGG's efforts to become more fashionable, Yicai Global has learned. They said its preference for furry design elements make the products less attractive for men, and the firm's inability to constantly launch new lines could become a fatal flaw for its transition.

Despite the challenges, Lorans is optimistic about opportunities in China, and to that end the firm will open another 100 stores to reach 300 in total.

"We'll open new stores mainly in first- to third-tier cities, as well as some fourth-tier cities." he said, adding that the expansion will present more business opportunities in the country.

The firm will continue to cooperate with Parisian brand Y/Project and Japanese winter brand White Mountaineering in spite of its new focus. It will also continue to work on products for men.