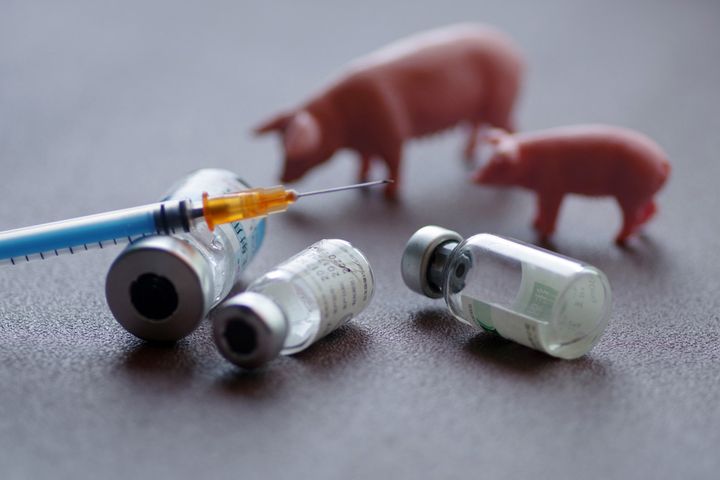 (Yicai Global) Sept. 11 -- China's Academy of Agricultural Sciences is readying to put its African swine fever vaccination through clinical trials after the pig-killing disease wiped out thousands of hogs across the country and jacked up the price of pork.

The academy's Harbin Veterinary Research Institute has screened a live vaccine for ASF and completed laboratory research, state broadcaster CCTV reported. The institute has filed an application for biosafety evaluation so it can start clinical trials.

"We have also solved the issues with the manufacturing process for an African swine fever vaccine through product research at our lab," said Bu Zhigao, director of the institute, adding that the organization has established quality standards for such inoculations.

Pork prices soared 46.7 percent annually last month, one year on from the first confirmed outbreak of the disease, according to data published yesterday by the National Bureau of Statistics. They rose an average 15 percent over the first eight months of 2019 as the nation struggled to maintain adequate supplies.

Reports have been circulating online suggesting some Chinese farms have been using pilot-tested, self-grown or smuggled vaccines to protect their swine, but an official at the Veterinary Bureau of the Ministry of Agriculture and Rural Affairs believes this is hogwash. ASF immunizations are a worldwide problem, not a single country has approved one for use or sale, he said.

One of the biggest struggles with developing a vaccine for ASF lies in insufficient fundamental research of the pathogen itself and the limitations of biosafety conditions.  The biological characteristics of the virus are complex and its genome is huge, with more than half of its genes possessing unknown functions.