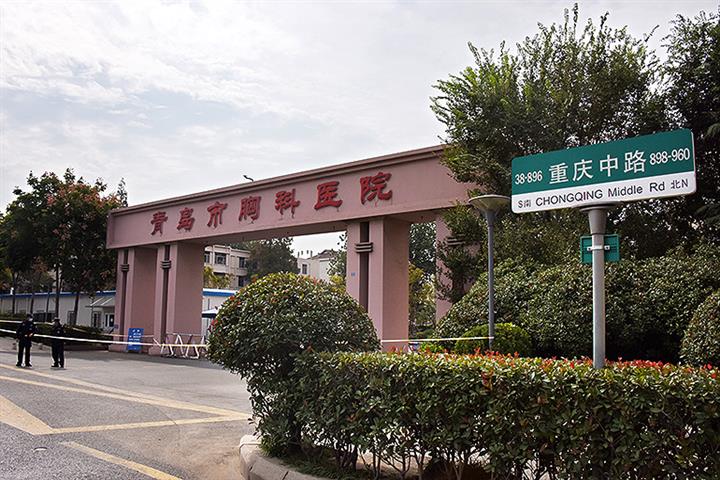 (Yicai Global) Oct. 16 -- Qingdao’s municipal government has identified a lapse in a hospital’s cleaning regime as the cause of the city’s recent cluster of Covid-19 cases, which led to almost 11 million residents being tested for the coronavirus.

The virus spread to general ward patients because Qingdao Chest Hospital’s computer tomography room was not disinfected in the standard way after being used by two infected dock workers, city officials said at a press conference today. But there was no transmission to the wider community.

As of 8 a.m. today, the eastern Chinese city had taken 10.8 million throat swab samples to test for the coronavirus. In addition to the 13 confirmed cases that have been reported, no new positive cases have been found.

The genome sequence of the virus that infected the dock workers last month is highly similar to that causing the current infection, based on genome sequence comparison and analysis of the results.

According to the hospital, the dockers left a closed ward for a CT scan during their quarantine and observation period. Because of non-standard disinfection, the CT room became contaminated, resulting in a hospitalized patient and companion who went to the same room for checks the next morning becoming infected. That in turn allowed the virus access to the tuberculosis ward, eventually causing Covid-19 to spread in the hospital.

Qingdao’s health commission reported on Sept. 24 that two cargo loaders were found to be infected during a routine inspection of staff at Qingdao Port International. Both were asymptomatic and working the same shift. They handled imported frozen seafood during a late shift on Sept. 19, and the pair was then transferred to Qingdao Chest Hospital for quarantine and treatment.