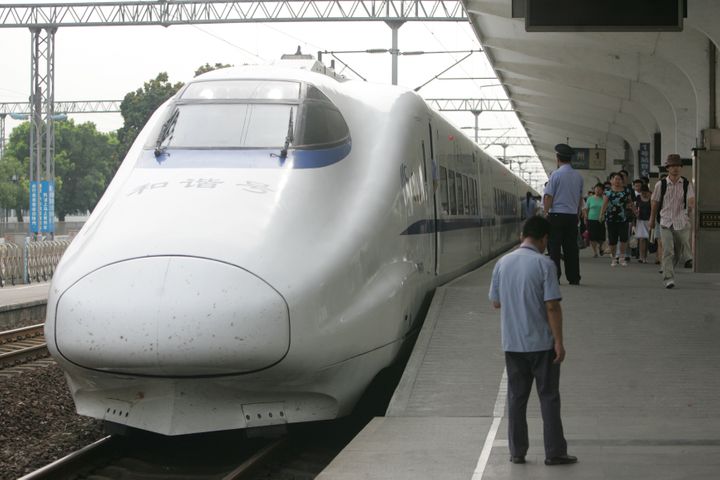 (Yicai Global) July 3 -- China Railway Corporation (CRC) will unveil a multiple-unit (MU) train from Beijing to Xiongan New Area on July 6. The whole journey will take about 80 minutes. The train will call at stations around three counties that make up Xiongan New Area, improving the railway traffic from the New Area to capital Beijing.

The multiple-unit train will start its operations on July 6 and depart from Beijing South Railway Station to Baoding in Xiongan New Area, stopping at Bazhouxi, Baigou, Baiyangdian, and Xushui Stations on the way, CRC said. There were no MU trains from Beijing to any of those stations previously, the Beijing News reported. Of the whole journey, the distance from Baiyangdian Station to Rongcheng county is only 2.6 kilometers, and that from Baiyangdian to Anxin county is also a short ride – about 10 kilometers.

The central government last April decided to set up Xiongan New Area in Hebei Province. It covers the counties of Xiong, Rongcheng and Anxin of Hebei and the surrounding areas, with the area first to be developed up to 100 square kilometers. The establishment of the New Area is expected to undertake non-capital functions from Beijing, adjusting the urban layout and spatial structure of Beijing-Tianjin-Hebei Area and creating new engines for innovation-driven development.

Following the new areas of Shenzhen Special Economic Zone and Pudong New Area, Xiongan is the third one of national significance.