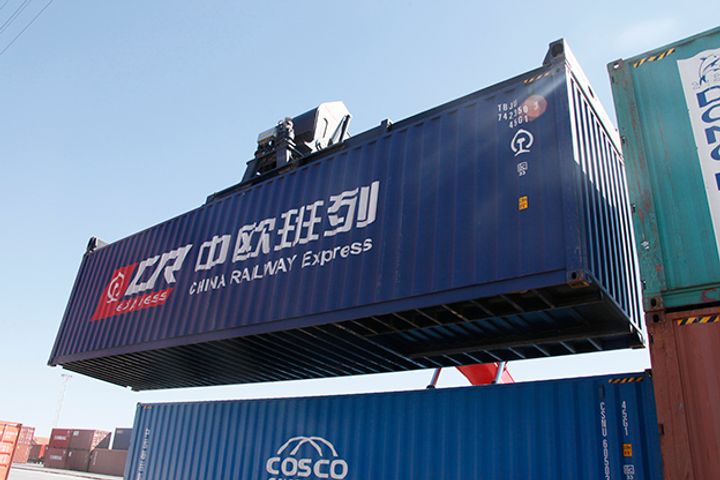 China Railway Express refers to regular international freight trains with fixed trains, routes, schedules and timetables, transporting goods between China and European countries under the Belt and Road Initiative. Such trains have experienced a massive upsurge in scale since the start of operations in 2011, state-backed news outlet The Paper reported.

The total number of trips doubled last year to 3,670 from 1,700 the year before. The rapid growth has been maintained this year with 2,490 trips made in the first half, representing annual growth of over two-thirds.

Of freight trains traveling from China to Europe last year, around 53 percent made the return trip. This doubled in the first half of this year with 69 percent of trains making the return leg.

The scope of goods being transported on outbound goods has increased form information technology products only to clothing, auto parts, food, wine, coffee beans, wood, furniture, chemicals, small commodities and machinery equipment among others. Inbound goods are mainly made up of auto parts, mechanical equipment, daily necessities, food and wood, have developed.