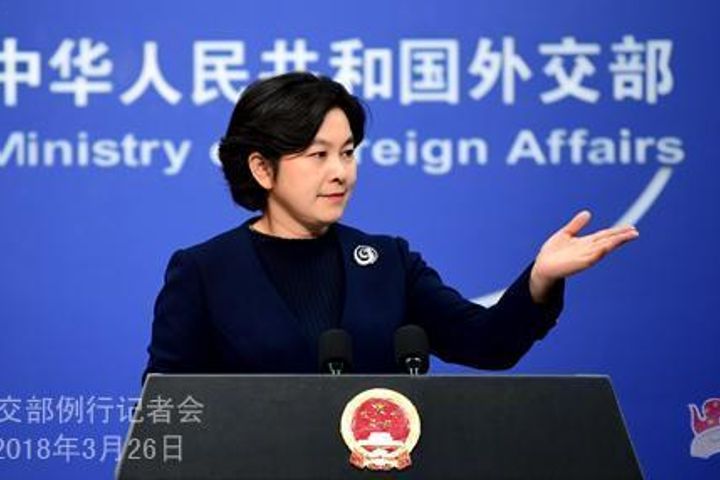 (Yicai Global) March 27 -- China called the U.S. concerns over its decision to stop imports of waste unreasonable and unjustifiable. China rejected the U.S. calls not to impose a ban on scrap materials and many types of waste, saying it is in line with international law.

Such concerns of the U.S. officials have no legal basis, said Hua Chunying, spokeswoman for the ministry of foreign affairs at a regular press briefing in Beijing. Prohibiting the imports of foreign waste and reforming the management system of solid waste imports are new measures taken by the Chinese government to implement its new concept of development, improve environmental quality and safeguard people's health, Hua emphasized.

This is also a right China is entitled to under international law and has been firmly supported by the people, China News Service, the country's second largest state-run news agency, quoted Hua as saying.

The U.S. officials expressed concerns over China's decision to stop imports of waste from other countries at the WTO Council for Trade in Goods meeting on March 23, saying that China's import restrictions on recycled commodities have caused a fundamental disruption in global supply chains for scrap materials. China seems to be violating WTO obligations, treating domestic and foreign waste differently and taking excessive trade restrictions, the U.S. claimed, asking China to halt implementing the new measures immediately.

The US officials are acting hypocritical as they try to make an issue out of China's legitimate and lawful actions and accuse China of violating its WTO obligations, said the spokeswoman.

The Basel Convention on the Control of Transboundary Movements of Hazardous Wastes and Their Disposal adopted in 1989 fully confirms that all countries are entitled to the right to prohibit foreign hazardous and other types of waste from entering their territory, Hua said.

The Convention also stipulates that countries have the obligation to ensure that such waste will be minimized and disposed as close to the source of generation as possible. China hopes that the U.S. focuses on reducing, disposing and treating the hazardous and other types of waste it generates within the spirit of the Basel Convention and fulfills its due responsibilities and obligations for the world, Hua added.