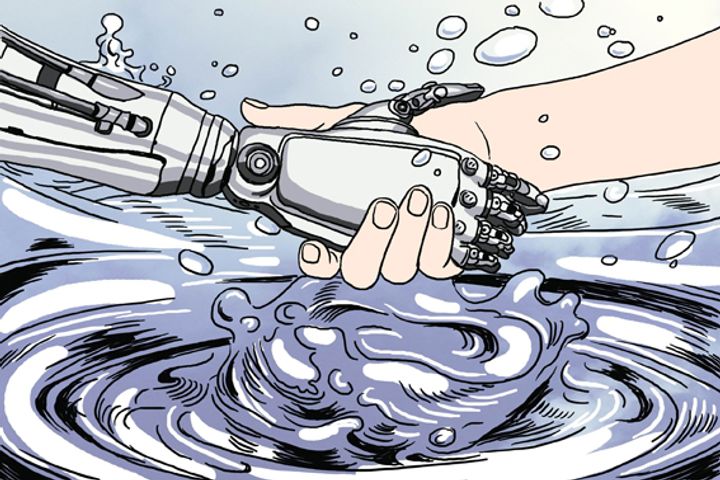 (Yicai Global) Aug. 25 -- The output of China's robotics industry has exceeded USD5 billion and is set to hit USD6.28 billion by the year's end.

The country has remained the world's largest robot market for five years, maintaining an annual growth rate of more than 20 percent, Economic Information Daily, a newspaper sponsored by state-run Xinhua news agency, reported today. China produced around 59,000 industrial robots in the first half, up 52 percent annually.

The volume of the global robotics market grew 14.5 percent to more than USD20 billion last year, and that figure is projected to reach USD23.2 billion this year. Advances in the Internet of Things, cloud computing and artificial intelligence technologies will drive further robotics industry development, the International Federation of Robotics forecast.

Beijing's robotics market revenue will top USD9 billion in 2025, and the city will build a world-class robotics innovation and application base, per the Beijing Robot Industry Innovation and Development Roadmap, which was revealed at the 2017 World Robot Conference.