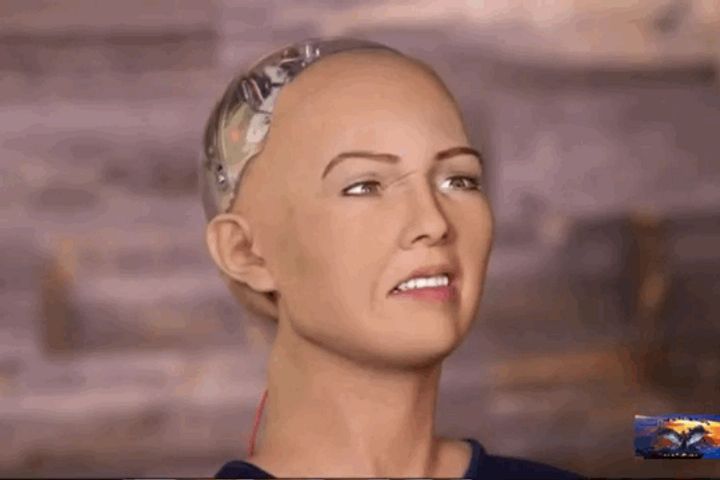 Yesterday, UNDP announced its first Innovation Competition champion at the 2017 Sustainable Development Responsibility Business Forum. Sophia is now one and a half years old and talks with humans via voice and face recognition technologies. While Ben Goertzel, chief scientist at Hanson Robotics has been keen to point out that Sophia may lack what the robotics industry calls 'artificial general intelligence' and is thus not a 'true AI' in the Turing sense, she does however employ a wide range of  AI processes.

These include emotion and face recognition and tracking and robotic movements. Sophia's level of interactive speech may be on the level of existing chatbot software, yet the way she is able to combine this with her other abilities makes her unique.

Experts believe that the artificial intelligence represented by Sophia marks the advent of the fourth industrial revolution and can ultimately use technologies to solve some of the most intractable development problems.

It is unclear what Sophia, who was recently made a citizen of Saudi Arabia, intends to do with her USD5,000 grant. She may of course donate it to some of the UN's worthy causes, or she may buy a wig to temper her somewhat unnerving 'uncanny valley' appearance.