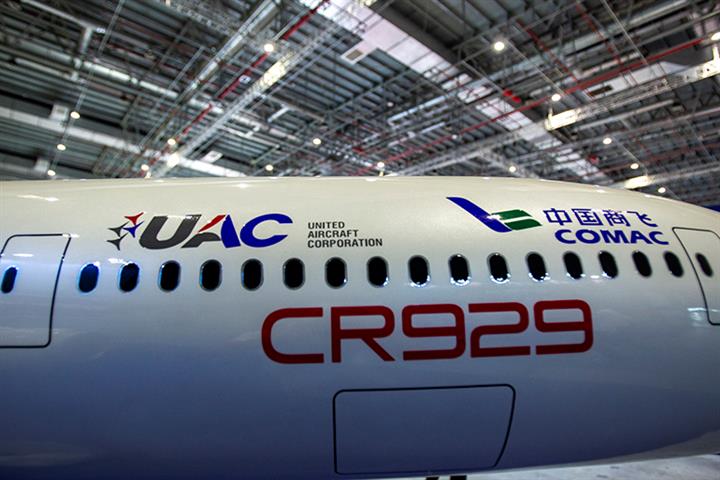 China-Russia Airliner to Go Into Production in 2021, COMAC Says

COMAC and Russia's United Aircraft set up a Shanghai-based joint venture in May 2017 to design the CR929. The base model CR929-600, which seats 280 passengers, is benchmarked against the Boeing 787 and has a range of at least 12,000 kilometers.

"If possible, we definitely hope some of the core systems each have two or more suppliers," Yang stated. "In a sense, this provides an insurance mechanism for the continuous operation of our business. Such a [supplier selection] method is also applied in main civil aircraft products in the world."

The newly developed wide-body aircraft is expected to target China, Russia and the Commonwealth of Independent States as its main markets, with the Asia-Pacific region secondary.

COMAC has successfully developed the ARJ21 90-seater regional aircraft and the C919 158- to 168-seat passenger jet. The ARJ21 has already started commercial flights, while delivery of the first C919 is slated for the end of this year, Yang added.