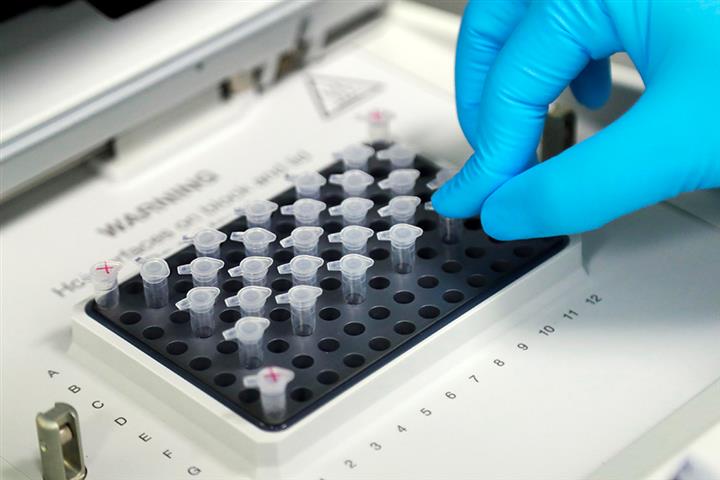 (Yicai Global) April 13 -- An experimental vaccine developed by Chinese scientists against the deadly new coronavirus is about to become the third in the world to proceed to human tests.

Developed by China National Pharmaceutical Group, also known as Sinopharm, the vaccine has been cleared for clinical trials by regulators, The Paper reported. One created by a team led by Chen Wei, an academician at the Chinese Academy of Engineering, was earlier approved for such trials.

The inactivated vaccine registered by Sinopharm’s Wuhan Institute of Biological Products has been approved for phase one and two double-blind, parallel placebo-controlled human tests, according to the website of the Chinese Clinical Trial Registry. It is China’s first inactivated vaccine for Sars-CoV-2, the virus that causes the Covid-19 disease, after Chen’s team’s adenovirus vector vaccine.

China is concurrently working on developing five kinds of Sars-CoV-2 vaccines, with quicker progress seen in adenovirus vector vaccines and inactivated vaccines, Zhong Nanshan, an authority on respiratory disease, said in an online exchange with South Korean experts on April 10. Phase one clinical trials for the adenovirus vector vaccine have started, while those for inactivated vaccines are in sight.

A total of 51 coronavirus vaccines were being developed as of March 21, according to World Health Organization statistics. US biotech firm Moderna announced the start of human trials of its messenger Ribonucleic Acid vaccine on March 16. The vaccine developed by Chen’s team completed the vaccination of 108 volunteers in phase one tests, with phase two trials due to kick off in the near future.

Chen’s phase one clinical trial will last for nine months, which means it will end by the end of this year. Sinopharm’s trial has not yet released any data.

“Generally, a one- to two-year observation is required after vaccination,” Zhong noted. “But the observation can end early depending on how the disease develops.”