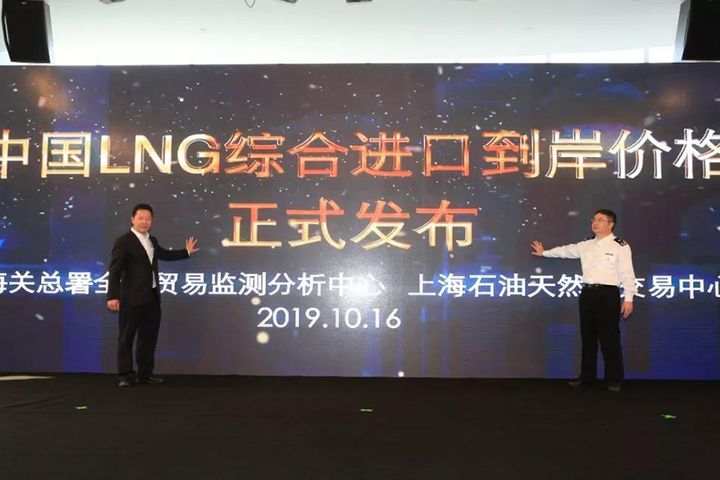 (Yicai Global) Oct. 17 -- China, the world's second-largest importer of liquefied natural gas, has inaugurated its first price index for imported LNG that can serve as a reference point across the Asia-Pacific region.

The Shanghai Petroleum and Natural Gas Exchange and the General Administration of Customs yesterday pegged their first LNG import price, including cost, insurance and shipping, at CNY3,497 (USD493) a ton for the week ended Oct. 13, Shanghai Securities News reported today. That was 3.2 percent higher than the previous week.

Inbound shipments account for more than 40 percent of the natural gas that China uses. Last year, its imports of the fuel quadrupled to 90.4 million tons amid strong demand as the country forges ahead to replace coal with cleaner-burning natural gas.

China has been determining LNG prices based on the cost of crude oil. That does not reflect actual gas supply and demand in the domestic market, said Chen Ruyi, senior executive of the SHPGX's index research and development division.

The new weekly price index is based on customs and trading data as well as historical analysis.