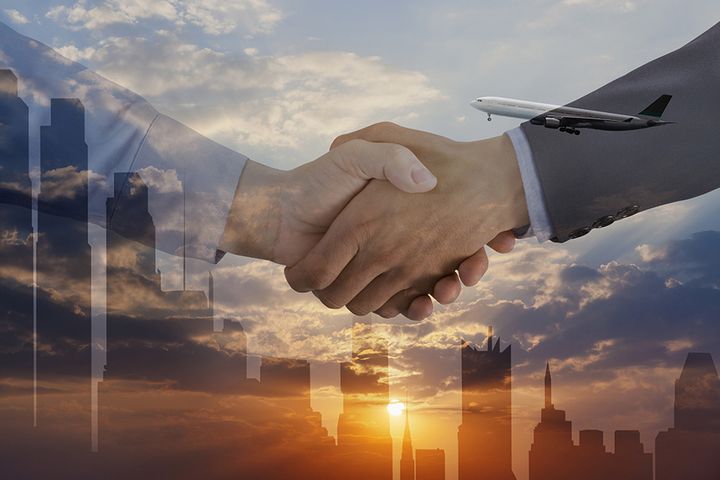 (Yicai Global) Oct. 18 -- China has penned its first ever free trade agreement in Africa with the Republic of Mauritius as it looks to take its ties with the island nation to another level.

Chinese Minister of Commerce Zhong Shan and Mauritius' Ambassador to China Miao Kwong Lee Hon Chong penned the deal on behalf of their respective governments in Beijing yesterday, the Chinese commerce ministry said the same day. The agreement will wind up with Chinese firms paying zero tariffs on 96.3 percent of products and Mauritian companies 94.2 percent.

The deal, China's 17th FTA worldwide, is an upgrade over the China-Mauritius bilateral investment protection agreement penned in 1996, the statement added, saying this offers greater legal protection to Chinese companies investing in Mauritius. The countries will also deepen their economic and technological collaborations in agriculture, finance, medical care and tourism.

Mauritius' main exports -- steel, textiles and light industrial goods -- are set to benefit the most, while the country's tertiary industry will open up wider than ever before for Chinese firms. The pair agreed to open up more than 100 sub-sectors in the service trade, with Mauritius granting Chinese companies access to 130 segments, including communication, education, finance, tourism, transport and traditional Chinese medicine.

Mauritius' natural resources and developing tourism sector have made the island one of the wealthiest countries in Africa, with a per-capita gross domestic product of USD11,239 in 2018 -- on par with the likes of Malaysia and Russia. China is the nation's second-largest trading partner and largest source of imports, with bilateral trade between the pair reaching USD842 million last year, up 7.3 percent annually.