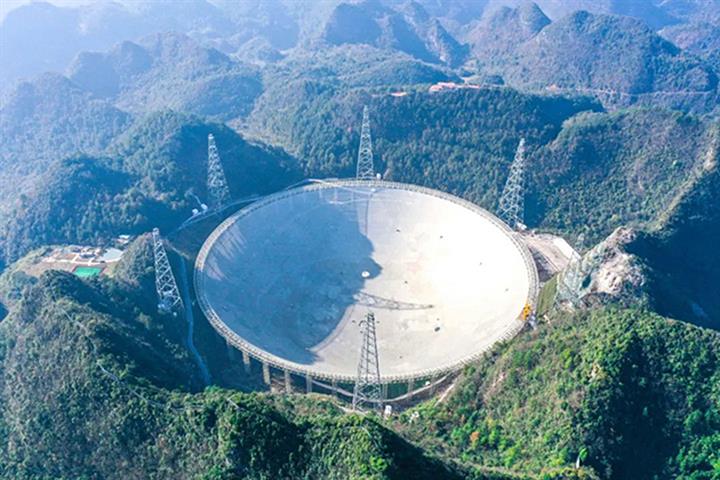 Located in Guizhou, a mountainous province in China’s southwest, FAST is the world’s largest and most sensitive radio telescope. It was equipped with back-end equipment dedicated to the search for extraterrestrial civilizations in 2018, and officially started looking for alien life in September 2020.

The Sky Eye is extremely sensitive in the low-frequency radio band and plays an important role in the search for civilizations beyond Earth, the report cited Zhang as saying. To this end, Beijing Normal University, the National Astronomical Observatory of the Chinese Academy of Sciences, and the University of California, Berkeley, worked together to form a research team to search for alien civilizations.

The team discovered two groups of signals from space in 2020 when processing data observed by FAST in 2019, Zhang noted. This year, it found another suspicious signal from observing exoplanets.

“The suspicious signal may also be some kind of radio interference, which needs to be further confirmed or ruled out,” he pointed out. “This may be a long process.”

Peng Bo, director of the FAST Key Laboratory of the CAS and a researcher at the NAOC, said the signals received by the Sky Eye are likely to contain signs from alien civilizations, “but we have no time to identify them,” according to the report.

The late physicist Stephen Hawking warned humans not to blindly take the initiative to contact aliens. Wariness of aliens derives from the premise that the Earth’s resources are finite and civilizations must kill each other for them. But the universe is large enough, so there is no need to fight for resources, Zhang said in a speech last year.

“My opinion is the polar opposite of theirs,” he said. “Imagine if you are sailing a boat on a stormy dark sea and see a weak light from another sailing boat in the distance. Will you take out your gun to shoot him, or find him so you can help and depend on each other?”

“Here I put forward my theory of the dark sea, which is the practical significance of our search for other civilizations,” Zhang said. “We may not be able to survive on Earth one day. We’ll need the help of alien civilizations.”