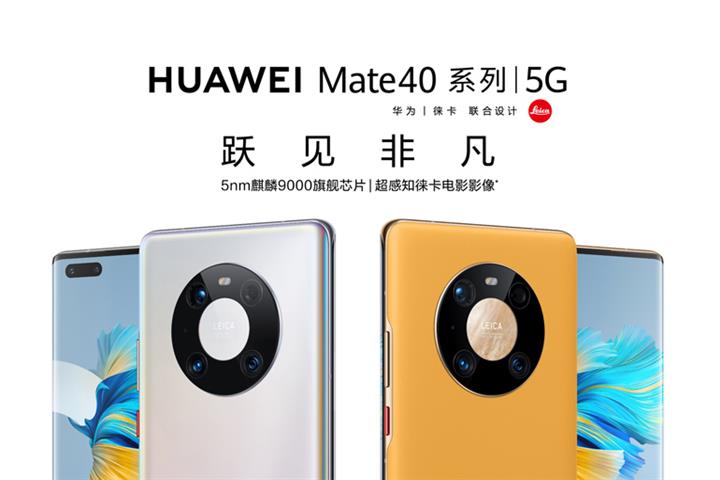 (Yicai Global) Oct. 23 -- China's Huawei Technologies has released its first mobile phone series since the US semiconductor sanctions took effect a month ago with a rapidly diminishing supply of high-end Kirin chips and no access to Google services.

The Mate 40 series includes the most powerful Huawei Mate models in history due to the 5G Kirin chipset, based upon a 5nm architecture, said Richard Yu, head of Huawei's consumer business. The Mate 40 Pro carries a Kirin 9000 processor, four rear cameras, and a flexible organic light-emitting diode display.

The models mark the end of an era and the beginning of the next. Huawei has not been able to produce the latest generation of Kirin chips since Sept. 15 as the company has been prohibited from buying US semiconductor components that it has been using to produce them.

Huawei is having a very difficult time as it is experiencing the third round of US sanctions, said Yu. "The ban is extremely unfair and has placed Huawei in a difficult situation. However, no matter how difficult the situation is, we are committed to continue pursuing technological innovation and bringing the best technology and innovation to consumers."