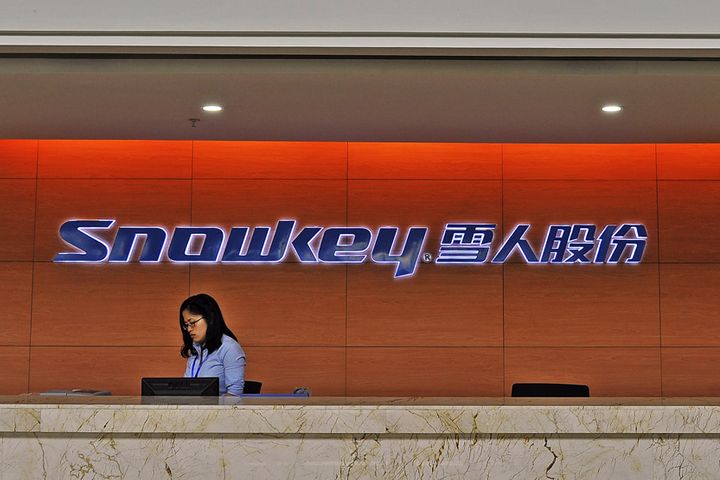 (Yicai Global) March 21 -- Snowman Group's shares rose by the maximum allowed in one day after the company revealed plans to invest CNY4.55 billion (USD678.7 million) over the next eight years to produce fuel cell-powered engines and other key parts and components in the southwestern Chinese city of Chongqing.

Snowman inked an agreement with the regulatory commission for Liangjiang New Area of Chongqing and Chongqing's municipal economic and information technology commission yesterday, the refrigeration equipment supplier said in a statement.

Snowman plans to invest CNY50 million in the project's first phase to complete the building of production lines, with an annual capacity of 6,000 units of hydrogen fuel cells in the next eight months. It will also invest in 17 hydrogen stations in Chongqing.

The city will arrange for vehicle makers in Liangjiang New Area to buy part of Snowman's output, and use the products in 360 fuel-cell buses as well as 170 heavy-duty trucks and vehicles used for street cleaning and environmental protection that are powered by fuel cells, according to the two city departments that signed the deal.

The second phase will kick off no later than 2022, with the project expected to begin operation 24 months after the start. Snowman plans to spend CNY1.5 billion to expand production capacity of fuel cell-powered engines, piles and other core components and add eight new hydrogen stations.

The third phase will start no later than 2025, and would also begin operations within 24 months. The firm will further offer CNY3 billion to eventually raise the annual production capacity of fuel cells to 100,000 units and add 10 more hydrogen stations.

The implementation of the ambitious project will accumulate more than CNY100 billion worth of industrial and ecological chains of hydrogen power in Chongqing through collaboration with local up-and-downstream providers of parts and components, car manufacturers and logistics firms, which will hopefully bring new profit growth points to the company, the statement said.