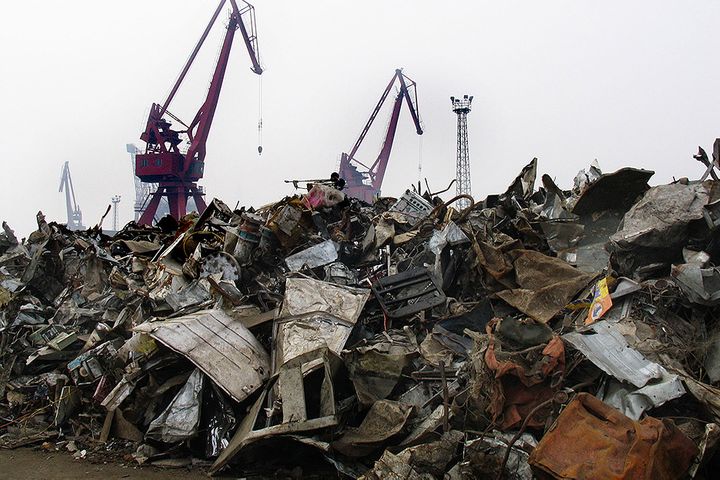 (Yicai Global) Jan. 17 -- China aims to phase out imports of solid waste by the end of the year, the culmination of a series of steps to restrict the entry of hazardous materials that can be mixed in with scrap.

Great progress has been made since strict controls were introduced two and a half years ago, Ministry of Ecology and Environment spokesperson Liu Youbin said at a press conference yesterday. So far, China has prohibited imports of 56 kinds of trash.

The country used to be the global salvage king and was the destination for most of the world's scrap which it would recycle as a source of raw materials. But since July 2017 the country began to bar imports of certain types of waste material due to environmental and public health concerns.

Shipments of solid waste into China fell over 40 percent to 13.5 million tons in 2019 from a year earlier. That represents a 71 percent decline from 2016 before the reforms were introduced.

Regulators have also done much to sever the industry chain. The ministry has a set of policies in place to charge companies that process foreign garbage with environmental violations. It is assisting firms that previously imported waste to source locally and set up domestic solid waste recovery channels. The General Administration of Customs has also made the interception of illegally imported trash one of its priorities.