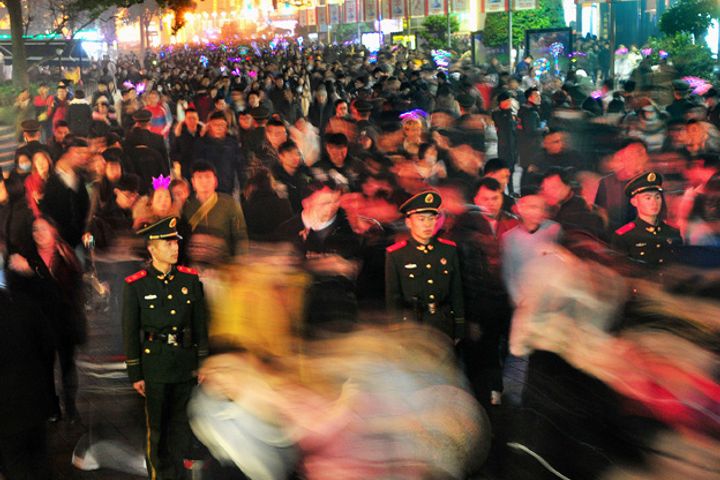 (Yicai Global) Jan. 31 -- Passenger volume in China during the Spring Festival travel rush is projected to be 2.98 billion, tying the record for last year. It is the biggest human migration in the world at a given time.

This year's Spring Festival travel rush will overlap with the commencement of the spring semester and an expected spike in the number of migrant workers returning to cities. As a result, daily traffic will reach a higher level than in previous years, and the peak volume is estimated to over 100 million people, said a senior official of the National Development and Reform Commission in a press conference held by the information office of the State Council today.

Improved rail and air transport capacities will lead to some structural changes in the passenger transport market this year, he said. Railway and air traffic is expected to grow by 8.8 percent and 10 percent, during the Chinese New Year, compared with the previous year, against a 1.6 percent slip in road traffic -- the first negative growth the country has ever seen.

Traffic load reaches a peak in China during the Lunar New Year season, known as chunyun in Chinese, when billions of people return to their hometowns for family reunion. It is the busiest time for transport authorities. The 2018 Chinese New Year falls on Feb. 16, and the chunyun period officially starts on Feb. 1 and ends on March 12.

The government has taken various measures to ensure passenger safety and smooth transport operations during the 40-day-long holiday season. Railroad remains the most popular means of transportation in China, and it is typically very difficult to buy rail tickets during the chunyun period.

Spring Festival air passenger volume is also projected to increase 10 percent annually to around 65 million, accounting for a tenth of the full-year volume, noted Wang Zhiqing, deputy head at the Civil Aviation Administration. Most passengers are home-goers or holidaymakers.

China's airlines will operate with a daily capacity of 2.1 million seats throughout the holiday season, and the passenger load factor is expected to be around 80 percent, Wang added. The operating capacity is high enough to meet people's travel demand.

The most popular destinations for air travelers are Beijing, Shanghai, Guangzhou and Shenzhen, as well as major holiday resorts in south, southwest and northeast China, and tourist destinations in Thailand, Vietnam and Malaysia, he added.

Rail passenger throughput is expected to increase by 8.8 percent to 390 million over the Spring Festival this year, and the average daily throughput is projected to be 9.55 million, China Railway Corporation's deputy general manager Li Wenxin estimated.